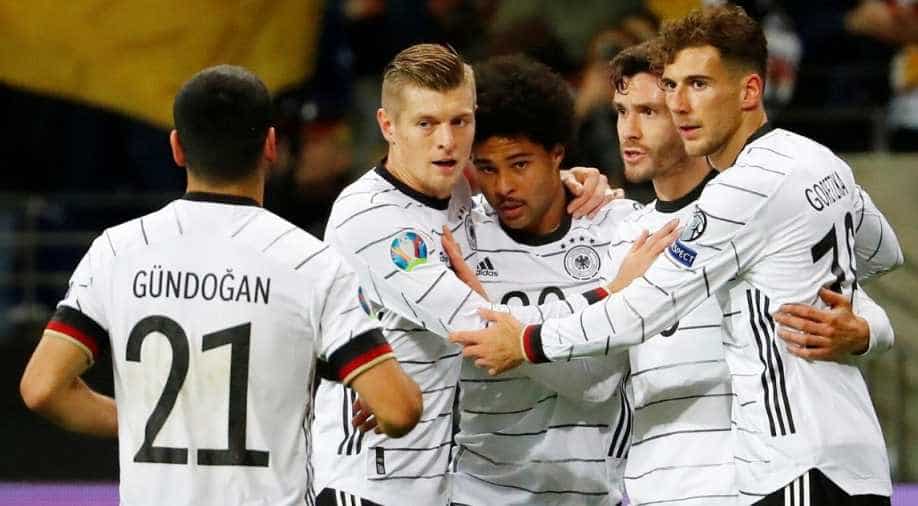 Germany and Netherlands Battle their ways out to qualify for Euro 2020 Photograph:( Reuters )

Germany will host Turkey and the Czech Republic in international friendlies this autumn as part of their Nations League preparations, the German FA confirmed Monday.

Germany will host Turkey and the Czech Republic in international friendlies this autumn as part of their Nations League preparations, the German FA confirmed Monday.

Germany plan to host Turkey in Cologne on October 7 and the Czech Republic in Leipzig on November 11 followed by Nations League games against either Spain, Ukraine or Switzerland.

On Friday, the German FA confirmed they will host Spain in Cologne on September 3, then face the Swiss away three days later, both in the Nations League.

The home friendly against Turkey on October 7 starts a run of three internationals in six days before Nations League matches away to Ukraine and home to Switzerland.

Likewise, the friendly against the Czechs on November 11 comes before back-to-back Nations League matches at home to Ukraine, then away to Spain.

"We would like to use the international matches in the autumn to give our young team some matches," said Germany head coach Joachim Loew.

"With a view to next year's European Championship we want to grow together and these games will give us important insights for the team's development."

Matches in Germany are currently played behind closed doors due to the coronavirus pandemic but Loew added that he "hopes" fans will be allowed to watch his team in stadiums again this autumn.

Germany have yet to play an international in 2020 after friendlies against Spain, Italy and Switzerland were called off due to the COVID-19 outbreak.