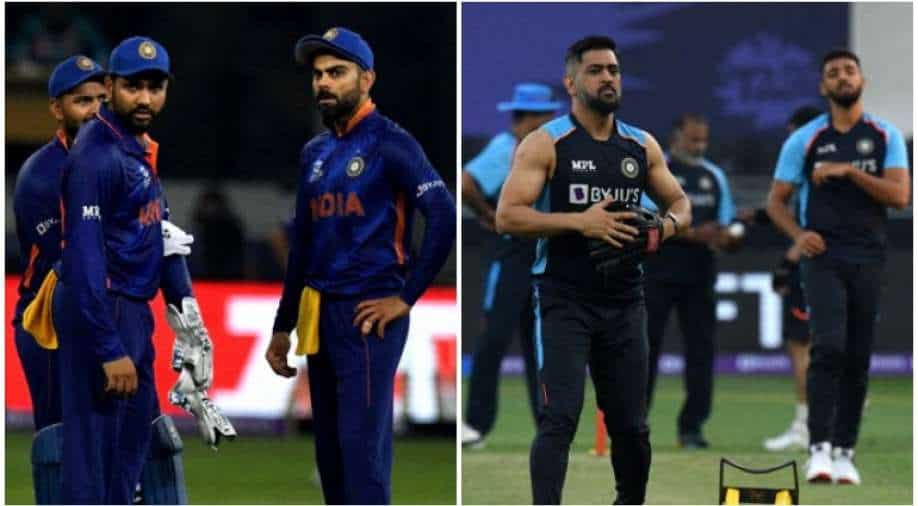 Former cricketer feels the presence of MS Dhoni as mentor along with head coach Ravi Shastri, vice-captain Rohit Sharma and captain Virat Kohli has led to too much confusion within Team India in their planning in T20 WC.

Team India are among the top three sides in ICC T20I rankings. The one-time winners were touted to be one of the contenders at the start of the T20 World Cup 2021 edition, being held in the UAE. However, the Men in Blue have fell flat in both their games in the Super 12 round and are on the brink of an early elimination from the marquee tournament.

Ahead of India's fixture versus the Mohammad Nabi-led Afghanistan, on Wednesday (November 2), the former Indian cricketer Maninder Singh feels there is too much confusion within Team India due to the presence of some big names in the team management and the leadership group. He told TOI, "You plan things, you just don't go and start hitting out. You don't change the batting order. Rohit Sharma has got runs at number one, opening position, most of the time and he was sent at No. 3. It showed he was prevented from facing Trent Boult. This is not a very good sign. Kohli, who scored most runs at number 3, came to bat number 4. I just felt that there was a lot of confusion. With Dhoni the mentor and Shastri the coach, there was so much khichdi in the dressing room."

India need to win their remaining three games, by big margins, and hope for other results to favour them in order to reach the semi-finals of the mega event. Kohli & Co.'s leftover games are against Afghanistan, Scotland and Namibia. Will they make it to the last four? Only time will tell...