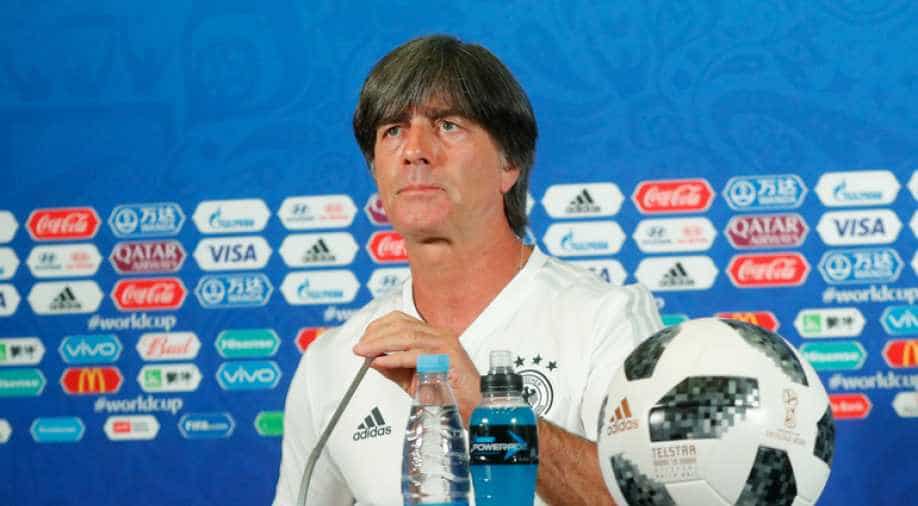 "With the win over Portugal we arrived at the tournament," said Joachim Loew, whose side need a win against Hungary in their last Group F match on Wednesday to guarantee qualification.

Germany's surprising flamboyant 4-2 victory over holders Portugal not only boosted their chances of a Euro 2020 knockout spot but also triggered belated enthusiasm among fans that they could actually battle for the title.

"With the win over Portugal we arrived at the tournament," said Joachim Loew, whose side need a win against Hungary in their last Group F match on Wednesday to guarantee qualification.

Loew will leave at the end of the tournament after 15 years in charge including the 2014 World Cup title. He would love to finish on another high and confound the unusually low expectations for Germany going into this European Championship.

"Our win over Portugal was deserved. Such success gives you a certain strength and in a tournament, it is all about taking one step at a time. The game against Hungary could be even tougher because they will not play so high up."

The three-time European and four-time world champions are desperate to make amends for their first-round shock 2018 World Cup exit and a string of disappointing results since.

After a lacklustre opening defeat to tournament favourites France, the Germans turned on the turbo against the Portuguese with a superb attacking performance that transformed them from underdogs to contenders.

"There are enough strong teams in the tournament," Loew said. "But those teams that play two perfect games in the first round, where everything seems to work like clockwork, have only rarely gone on to win tournaments."

The Germans will need to draw on their new confidence against the Hungarians, who are also in the running to advance after earning a hard-fought 1-1 draw with France.

Germany have three points, as many as Portugal and one behind group leaders France. They will advance with a victory but could also qualify with a draw if France do not lose their game against the Portuguese.

Hungary, in the last place on one point, needs a win to have any hope of progressing.

Playing in front of a home crowd in Munich, the Germans are expected to attack again from the start, with Loew unlikely to tinker with his frontline, after he had also kept it unchanged against Portugal from their France defeat.

Serge Gnabry is set to reprise his role as a centre forward with Thomas Mueller and Kai Havertz on either side and speedy holding midfielders Joshua Kimmich and Robin Gosens charging down their wings.

"Against Hungary, we must now pick up where we left off and improve further," Loew added.