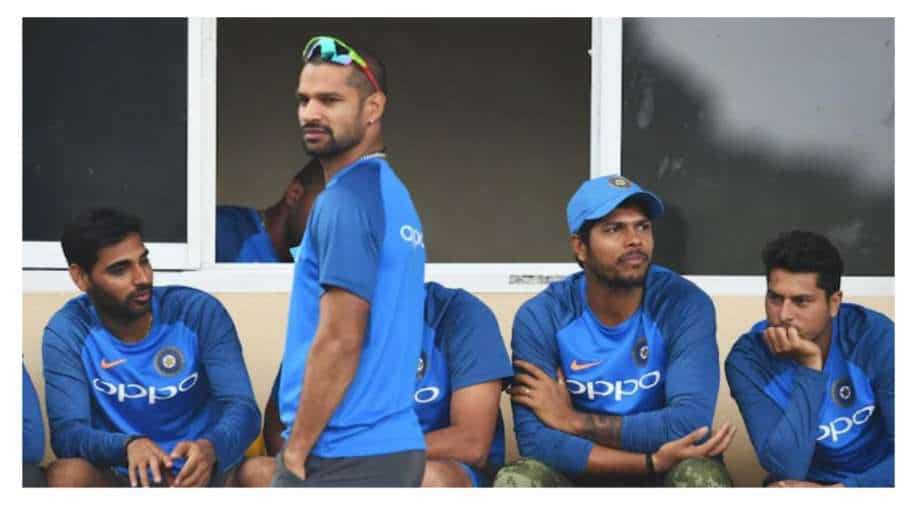 India played an intense five-match T20I series versus South Africa at home, which concluded on Sunday evening (June 19). With the series levelled at 2-2, both sides had all to play for before the final encounter, at M Chinnaswamy Stadium, Bengaluru, which ended in no-result with only 3.3 overs of play possible due to persistent rain.

Despite the series being shared, India had quite a few positives with the form and performances of Ishan Kishan, Hardik Pandya, Dinesh Karthik, Harshal Patel, Bhuvneshwar Kumar, etc. as they continue to fix their final combination for the 2022 T20 World Cup, set to be held in Australia later this year. While a lot of players are still fighting hard to cement a spot in the final squad, Little Master Sunil Gavaskar was asked about veteran Shikhar Dhawan's chances.

For the unversed, Dhawan has played 68 T20Is for India, scoring 1,759 runs at 126.36. While he has had seven consecutive IPL seasons with over 400-plus runs, his strike rate was deemed to be an issue for the Men in Blue. Even though Dhawan improved his strike rate in IPL, does well for India in ICC events and has has a lot of experience overall, he has fallen behind in the pecking order with the emergence of some young and dashing openers. Thus, he missed being a part of India's squad in the 2021 edition and is likely to remain out of favour for this year's showpiece event as well, which will take place Down Under.