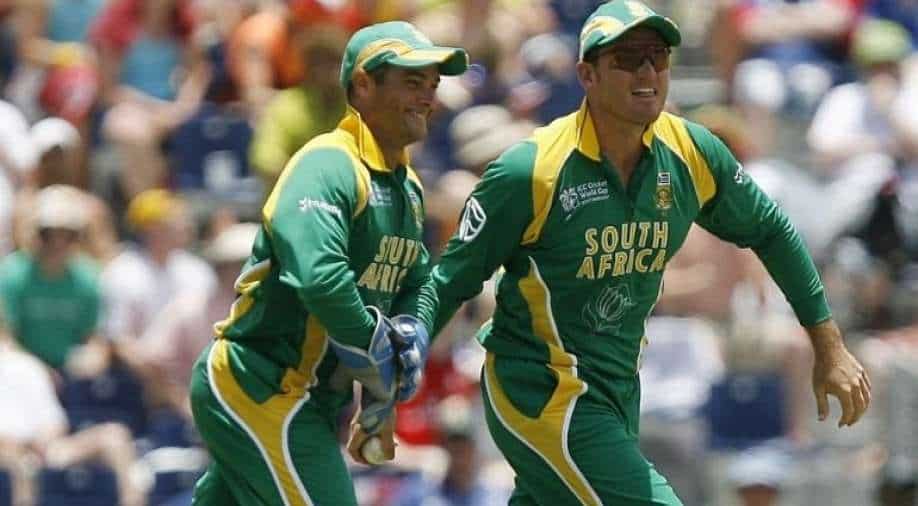 The report alleged that the trio discriminated against the black players by not selecting them in the national team.

"The formal inquiries will take place early in the new year. They will include formal inquiries into the conduct of Graeme Smith, the CSA Director of Cricket, and Mark Boucher, the coach of the Proteas Men's team," CSA said in a statement.

However, Smith and Boucher will remain in their positions and will continue to carry out their duties during the India tour.

CSA said it met virtually on Saturday to give further consideration to the report but was silent on enquiry against De Villiers.

The Ombudsman's SJN Report made various "tentative findings" regarding allegations of discrimination and racism.

However, the Ombudsman indicated that he was not in a position to make definite findings and recommended that a further process be undertaken in this regard, CSA said.

"The Board has done so mindful of its duty to treat allegations of racism or discrimination with the utmost seriousness and in a manner that ensures fairness and due process in terms of South Africa's labour legislation and the Constitution."

The Ombudsman's report included findings that Smith and Boucher had acted in a prejudicial or discriminatory manner. Further details with regards to the inquiries will be announced in due course.

"CSA respects the SJN process and we are engaging with the report in detail and holistically.

ALSO READ: 'I am sorry for the hurt': Michael Vaughan apologises to Azeem Rafiq amid racism allegations

"We have taken careful cognisance of the recommendation of the Ombudsman, that in appropriate cases, a further process should be instituted to test the evidence and submissions made, and we have decided that this is indeed the appropriate route to follow," says CSA Board chairperson, Lawson Naidoo.

"We hope this will give implicated parties a fair opportunity to be heard so that finality can be achieved, and any final findings can then be acted on", he added.

Further steps and action by CSA to transform cricket and act on other applicable recommendations in the SJN report, aligned to the Board's new strategic framework and pillars of access, inclusion and excellence, are set to be announced in the new year.