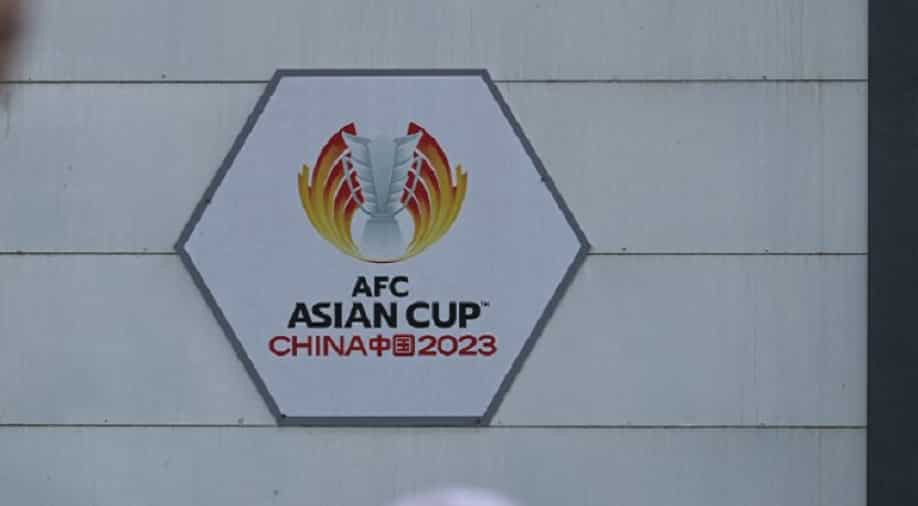 China has withdrawn from hosting the Asian Cup 2023. Photograph:( AFP )

China recently withdrew from hosting the upcoming Asian Cup 2023 owing to COVID-19. The tournament can be moved to the Gulf.

China`s withdrawal from hosting the 2023 Asian Cup could see the showpiece shift west to the Gulf, where new infrastructure and voracious demand for major events has made the region a magnet for international tournaments.

Having planned to hold the Asian Cup across 10 cities in June-July next year, China dropped the 24-team tournament due to "exceptional circumstances caused by the COVID-19 pandemic", the Asian Football Confederation (AFC) said over the weekend.

The AFC said it would name a new host in due course but provided no detail and declined to provide immediate comment to Reuters. AFC member nations were in the dark on Monday about the next steps.

"This is quite an unusual situation and so there’s no specific process that we are aware of on how things could go," a spokesperson for the Korean Football Association (KFA) told Reuters.

"We just know that China has given up."

The AFC has little time to appraise candidates and may not have a diverse set to choose from. Governing body Football Australia declined to comment on whether it would put up its hand to replace China but referred to its busy calendar in 2023 as co-hosts of the Women`s World Cup with New Zealand, which starts on July 20.

All India Football Federation general secretary Kushal Das said India, which held the 2022 women`s Asian Cup this year, was focusing on its bid for the 2027 men`s tournament and had not expressed interest in stepping in for 2023.

South Korea, which originally lost out on its 2023 bid to China, had no comment on hosting but said it would require further consultation with home authorities.

"Basically, to host an international game .... firstly there should be talks with the government and the local authorities, but we haven’t heard or held any discussions on that yet," the KFA spokesperson said.

Apart from India, reigning Asian Cup champions Qatar, Iran and Saudi Arabia have all expressed an interest or submitted bids for 2027.

Qatar hosts the 2022 World Cup from Nov. 21 at a raft of purpose-built stadiums and may be best placed to slot in for the Asian Cup.

The 1988 and 2011 Asian Cup hosts, Qatar`s ambitions of becoming a global sporting hub have been backed by its ruling emir Sheikh Tamim bin Hamad al-Thani and underpinned by its gas wealth.

It may come too soon for Saudi Arabia, which has made an aggressive entry into the international sport hosting market in recent years. The Saudi bid for 2027 included the building of three new stadiums and expansion of three existing venues.

The region`s searing summers would mean both Qatar and Saudi Arabia would need to ask the AFC to move the tournament to cooler months later in the year or in early-2024.

Should few clear alternatives emerge, the AFC would likely prove accommodating to such a request, sending the tournament back to the Gulf four years after the 2019 edition in the United Arab Emirates.