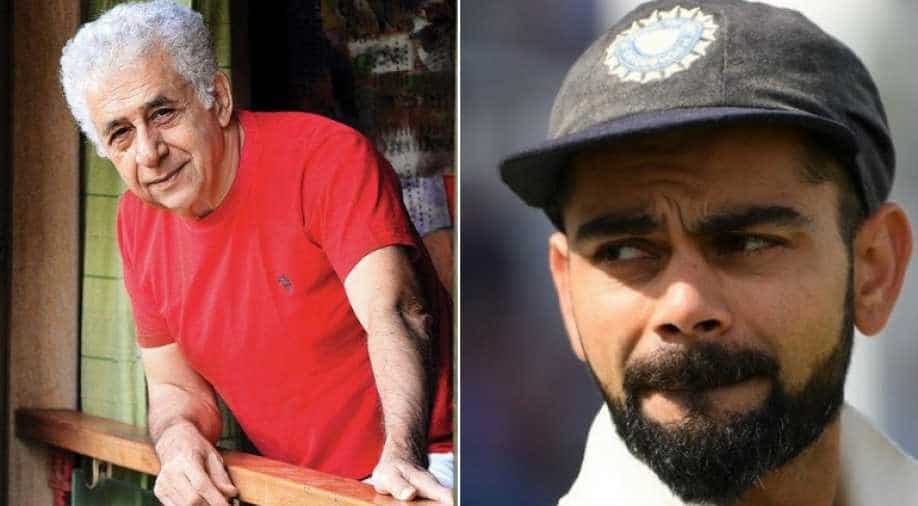 Kohli has been in the news lately for his war of words with his Australian counterpart Tim Paine.

Kohli, who is currently Down Under for the ongoing Test series, has been in the news lately for his war of words with his Australian counterpart Tim Paine.

Taking to Facebook, the 'Ishqiya' actor wrote: "Virat K is not only the world's best batsman but also the world's worst behaved player. His cricketing brilliance pales beside his arrogance and bad manners.. And I have no intention of leaving the country by the way."

Shah's post received mixed response with some fans defending the cricketer, saying that the aggression was required to beat Australians, while some agreed with the actor.

Earlier in the day, Kohli and Paine came close to chest bumping when the Indian captain walked in front of Paine while he was close to completing a run.

The skippers’ verbal duel had forced on-field umpire Chris Gaffaney to warn both the players during the fourth day of the second Test.