Afghanistan: US general says he may not have been target of Kandahar attack 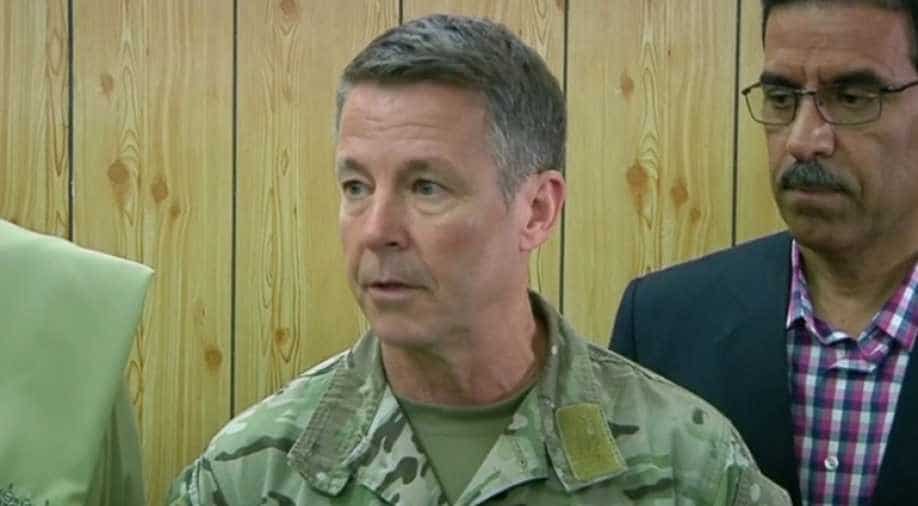 Commander of NATO forces in Afghanistan US General Scott Miller attends a meeting in the Kandahar Governor's Compaund in Kandahar, Afghanistan. Photograph:( Reuters )

The gunman assassinated the police chief of Kandahar province on Thursday along with a top Afghan intelligence agency officer.

The top US general in Afghanistan said on Friday he did not believe he was the target of an attack that killed a powerful police chief, and Afghan officials said the gunman may have deliberately avoided hitting him.

The gunman assassinated the police chief of Kandahar province on Thursday along with a top Afghan intelligence agency officer, but the US commander of Afghanistan's NATO-led force, General Scott Miller, who was standing nearby when the attack occurred, was not hurt.

"My assessment is that I was not the target. It was a very close confined space. But I don't assess that I was the target," Miller told Afghanistan's Tolo News TV in an interview.

General Abdul Razeq, police commander of the southern province and one of Afghanistan's most powerful security officials, was fatally wounded by a bodyguard of the provincial governor as he came from a meeting with officials on Thursday.

In addition, the local head of the NDS intelligence service was killed and the provincial governor severely wounded, while the attacker himself was killed.

Miller was also at the meeting and was heading to his helicopter to return to Kabul when the gunman opened fire.

The Taliban claimed the attack in a statement saying both Razeq and Miller were the targets.

Two Americans and a coalition contractor were wounded, however, Afghan security officials, who believe Pakistan was involved in the plan, said they believed the attacker deliberately avoided killing Miller.

"They didn't want repercussions from the US and the international community. It was a pure warning for Miller that they can hit him if they want to," one of the Afghan officials, who spoke on condition of anonymity, said.

Razeq himself was a fierce critic of Pakistan and its intelligence service, which Afghan officials regularly accuse of supporting Taliban operations, a charge Islamabad denies.

On Friday, the chief of the Pakistan army staff issued a statement condemning the Kandahar violence and saying it supported initiatives towards peace in the region.

A foreign security official said Razeq had stopped visiting the governor's house in recent months because he feared it had been infiltrated and had only gone because Miller and his delegation were there.

The identity of the killer, named by Afghan officials as Gulbuddin, was known immediately, and police have made three arrests, but details of his background or why he carried out the attack remained unclear.

One senior foreign security official briefed on the case said the attacker had been recruited this year as part of the governor's security detail.

No one had claimed his body, but his colleagues in the security team said his family members lived in the outskirts of Kandahar.