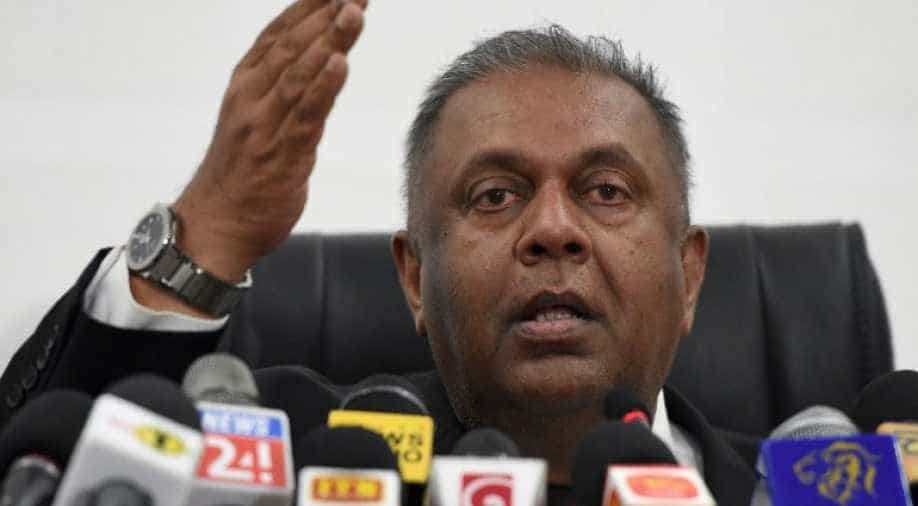 Finance Minister Mangala Samaraweera introduced a $50 entry tax on a handful of casinos while doubling taxes from the gaming industry. Hefty increases were slapped on cigarettes and alcohol.

Finance Minister Mangala Samaraweera introduced a $50 entry tax on a handful of casinos while doubling taxes from the gaming industry. Hefty increases were slapped on cigarettes and alcohol.

Taxes on popular small Japanese cars were increased by a minimum of 20 per cent, while Samaraweera also introduced a new carbon tax on all categories of vehicles except electric cars.

However, the minister announced a minimum 2,500 rupee ($15) monthly salary increase for the 1.5 million public sector employees, as well as raising pensions.

He also announced a raft of special subsidised loans to start small businesses and cheap housing loans for newlywed couples.

The populist moves come ahead of presidential elections due later this year.

A power struggle between President Maithripala Sirisena and his estranged Prime Minister Ranil Wickremesinghe dealt a severe blow to the economy in the last quarter of last year, Samaraweera said.

Sirisena unexpectedly sacked his prime minister in October and called fresh elections, triggering a two-month power struggle that was only ended after the Supreme Court ruled that the president had violated the constitution.

"The resulting loss in confidence spiralled into a wave of capital flight from our debt and equity markets –- bleeding a billion dollars within those 52 days from our hard-earned foreign reserves," Samaraweera told parliament.

However, he said the economy was now on the mend.

Last week, the International Monetary Fund revived a $1.5 billion bailout for Sri Lanka that was suspended in October following the power struggle.

Because of the political crisis, the economy grew by just 3.0 per cent last year, the slowest expansion in 17 years, according to the Central Bank of Sri Lanka. The IMF said it expected Sri Lanka's growth to improve to 3.5 per cent in 2019.

Samaraweera said the budget deficit for calendar 2019 was estimated at 4.4 per cent of GDP, down from 5.3 per cent last year.

Official figures show that Sri Lanka will have to repay a record $5.9 billion in foreign loans in 2019.