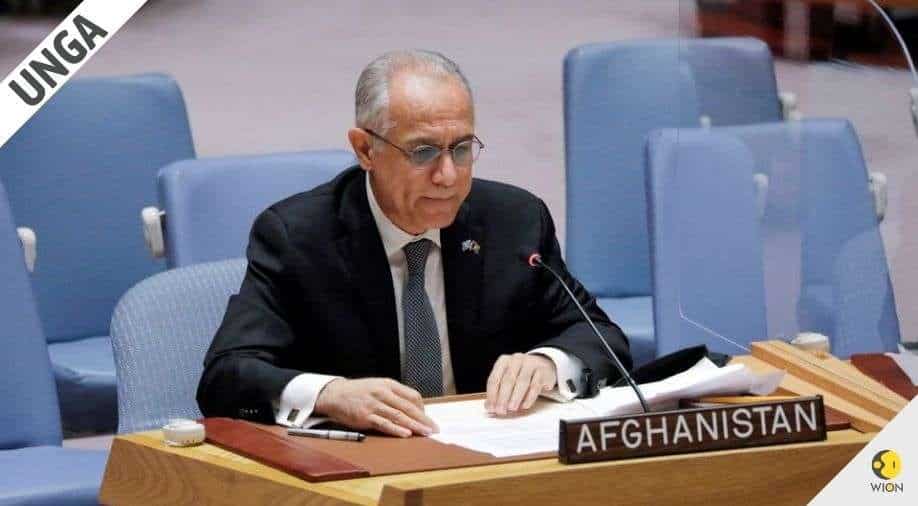 Ghulam Isaczai is the current UN ambassador, who represents Afghanista's government ousted by the Taliban, and has also asked to renew his accreditation. He was scheduled to address the final day of the high-level UN gathering on Monday, but withdrew late on Sunday.

Afghanistan's ambassador to the United Nations pulled out of delivering an address to world leaders at the General Assembly later Monday, a UN spokesperson said.

Ghulam Isaczai, who represented president Ashraf Ghani's regime that was ousted last month, had been due to defy the Taliban with a speech but his name was removed from the list of speakers early Monday.

"The country withdraws its participation in the general debate," Monica Grayley, a spokeswoman for the assembly's president, confirmed to AFP.

Also read | WION exclusive: Life under Taliban- ‘Living in the land of zombies’

She added that Afghanistan's mission to the UN had not cited a reason for the withdrawal.

The letter insisted that Isaczai "no longer represents" Afghanistan at the global body.

The letter said that the Taliban had nominated their Doha-based spokesman Suhail Shaheen as Afghanistan's permanent representative to the UN.

The note came after Guterres had received a separate letter from Isaczai, dated September 15, containing the list of Afghanistan's delegation for the session.

The UN still considers Isaczai the head of Afghanistan's mission.

"Only the mission can withdraw," from addressing the assembly, a UN official told AFP on condition of anonymity.

The Afghan mission was not immediately available for comment.

A nine-member credentials committee that included the United States, Russia and China, has to approve the Taliban's request but it did not meet in time.