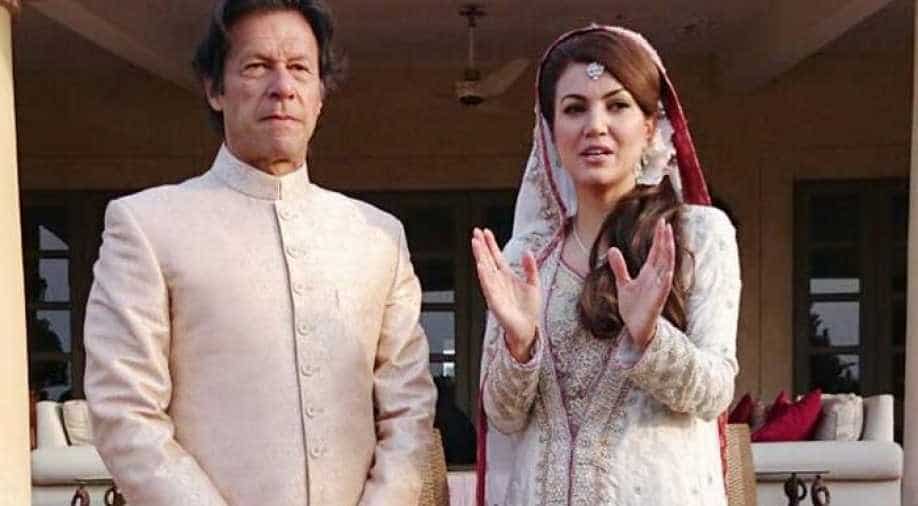 Pakistan Prime Minister Imran Khan's ex-wife Reham Khan has said there is no democracy in the country, only "naked martial law".

“The way we are being told that dams will be built. Then they say they have brought money. What type of democracy is this where without asking people, without taking their suggestion, without taking parliament in confidence, the decisions are being made. This is not democracy; I think they should accept that there is naked martial law in Pakistan,” ANI quoted Reham as saying.

“It is a very unfortunate situation in Pakistan nowadays. Prime Minister going to Saudi Arabia and openly telling about Pakistan’s situation and saying that there is no money in the country. I believe no one who does a business or is an investor, insults their own country or venture at an international platform,” Reham added.

Saudi Arabia has just given Pakistan a $6 billion loan. Khan had gone to the Future Investment Initiative aka "Davos in the Desert" — the financial summit in Riyadh a number of countries boycotted over the Jamal Khashoggi murder — saying Pakistan was "desperate" for cash.

Pakistan is currently struggling with a balance of payments crisis.

Khan has said he will also be talking to the IMF about a loan.

He will now reportedly also travel to China to ask for more cash. (A number of commentators though say Pakistan's BOP crisis has been triggered by the easy availability of Chinese loans.)

ANI quoted Reham as saying the loans should be discussed in Parliament.

“The way we have received these funds through begging and on what terms we have got it must be discussed in parliament. If Nawaz Sharif would have done so and have not discussed it with parliament, the situation would have been different,” the 45-year-old Pakistani journalist said.

She has attacked him in the past. In her book Reham Khan, which released in the UK in July this year, she talked about Imran's alleged bisexuality, his alleged drug use, and his alleged illegitimate children (some of whom were with Indian women).

The timing of the book — it came out just before the Pakistan elections — was criticised, as was her alleged "intent" to damage her ex-husband's reputation.