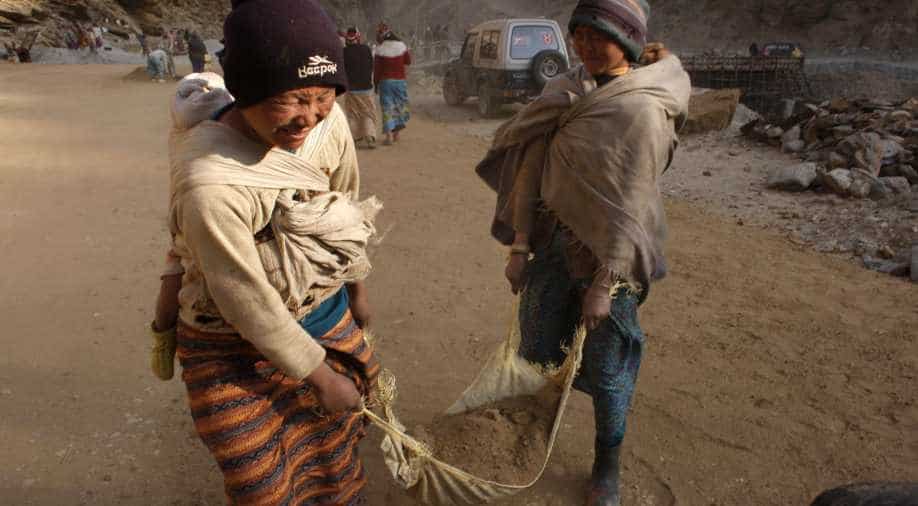 Pashupati Murarka, chief of the Federation of the Nepalese Chambers of Commerce and Industry (FNCCI), estimates that dud banknotes worth as much as $146 million may be held by individuals and the informal sector. Photograph:( Getty )

When Bishnu Pandey, a Nepali migrant working in India, returned home two weeks ago, he had hoped to clear a loan taken by his family to rebuild its village home with his savings.

But the 35-year-old New Delhi restaurant worker had his dreams shattered after the bank refused to exchange cash worth $440 because of a crackdown on "black money" ordered by Indian Prime Minister Narendra Modi.

The shock announcement to ban 500 and 1,000 rupee bills - worth $7.50 and $15 - seeks to flush out billions of dollars in unaccounted wealth and hit the finances of militants suspected of using fake currency to fund operations.

"I don't think I am the target but I became a victim," Pandey told Reuters outside a bank branch in Kathmandu, showing stacks of the old Indian notes that are no longer legal tender.

"I have no money now to return to work and I have no way to pay back the family debt," he said, referring to $275 his father borrowed to repair his house damaged in earthquakes last year that killed 9,000 people and destroyed nearly one million homes.

The tall, lanky Pandey, from Naubise village in Dhading district, 24 km (15 miles) from Kathmandu, is one of hundreds of thousands in the desperately poor Himalayan country hit by the currency ban announced two weeks ago.

Families of migrants like Pandey, students seeking admissions in Indian colleges, those seeking medical treatment, pilgrims and those visiting families across the open border have all been hit. Unlike people in India, they can't deposit or swap old notes at banks that will accept them until Dec. 30.

Pashupati Murarka, chief of the Federation of the Nepalese Chambers of Commerce and Industry (FNCCI), estimates that dud banknotes worth as much as 10 billion Indian rupees ($146 million) may be held by individuals and the informal sector.

Thousands of Gurkha soldiers retired from the Indian army also get their pensions paid in the Indian currency.

Modi pledged to resolve the issue, but no arrangements have been made yet, they said.