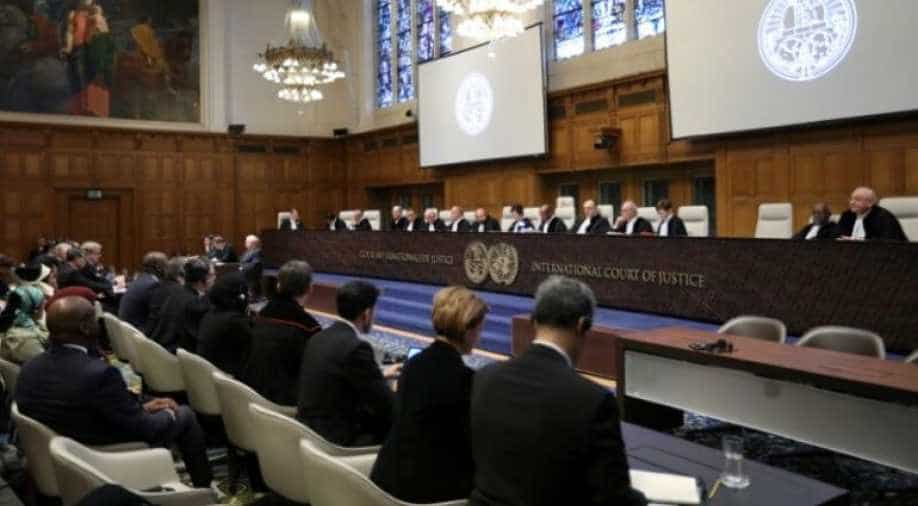 The Hague-based court-ordered Myanmar to protect the persecuted Rohingya against further atrocities and preserve evidence of alleged crimes, after mostly Muslim Gambia launched a lawsuit in November accusing Myanmar of genocide

Myanmar has put in place measures to protect Rohingya Muslims, a spokesman for the ruling party said on Friday, shrugging off an order from the International Court of Justice a day earlier to stop genocidal acts against the ethnic minority.

The Hague-based court-ordered Myanmar to protect the persecuted Rohingya against further atrocities and preserve evidence of alleged crimes, after mostly Muslim Gambia launched a lawsuit in November accusing Myanmar of genocide.

"The government is already doing most of the orders," Myo Nyunt, a spokesman for the ruling National League for Democracy, told Reuters by phone, without elaborating.

"One more thing we need to do is submit reports," he said, referring to one of several measures approved by the court requiring Myanmar to write regular summaries of its progress.

But he said the civilian government, who rule jointly with the military in an awkward constitutional arrangement that reserves great powers for the commander-in-chief, could not control troops.

"Under the current political circumstances, we have difficulties solving some issues - such as the (order) that the government must ensure its military or armed insurgents do not commit genocide or attempt to commit genocide against Rohingya or Bengali," he said.

More than 730,000 Rohingya fled western Rakhine state for neighbouring Bangladesh in 2017 to escape a military-led crackdown that the U.N has said was executed with genocidal intent. Myanmar says the military campaign was a legitimate counter-insurgency operation launched in response to militant attacks on security forces.

Some 600,000 Rohingya remain inside Myanmar, confined in apartheid-like conditions to camps and villages, unable to freely access healthcare and education.

They are derided as "Bengalis", implying they are illegal immigrants from Bangladesh, despite tracing their history in Rakhine back centuries.

The court said in its judgment on Thursday it did not accept Myanmar’s assertion that it has been taking steps to facilitate the return of refugees, promote peace in Rakhine, and hold the military accountable through domestic mechanisms.

"In particular, the Court notes that Myanmar has not presented to the Court concrete measures aimed specifically at recognizing and ensuring the right of the Rohingya to exist as a protected group under the Genocide Convention," it said.

While Thursday's ruling was an emotional victory for the minority, who have for decades fought to prove their existence as an ethnic group, legal analysts said it will be difficult to force Myanmar to comply.

In a statement late Thursday, the ministry of foreign affairs said it had noted the ruling but did not mention specific steps it was taking. The next morning the front page of the state-run newspaper the Global New Light of Myanmar read: "Myanmar takes note of ICJ decision. There was no genocide in Rakhine".

While the measures are legally binding, there is no enforcement mechanism.

In separate statements on Friday, Britain and Malaysia urged Myanmar to fully implement the measures. UN human rights spokeswoman Liz Throssell told a UN briefing in Geneva the office "calls on Myanmar to immediately and unconditionally implement them in full".

"We know that there are limitations but it’s very important for the Rohingya community in Bangladesh and in Myanmar to know that the world has heard them, the highest court in the land has made this decision," said human rights lawyer Antonia Mulvey.

Kobsak Chutikul, a Thai diplomat who in 2018 quit a government-appointed panel set up to probe the alleged atrocities, said he feared the government would "delay and obfuscate" once the spotlight faded.

Of dozens of people interviewed by Reuters in Yangon, Myanmar's commercial capital, only two were aware of the judgment, and neither of them paid much heed.

"I already knew that Myanmar would lose this case since the other side is funded by the Islamic countries," said a civil servant, who also asked not to be named.