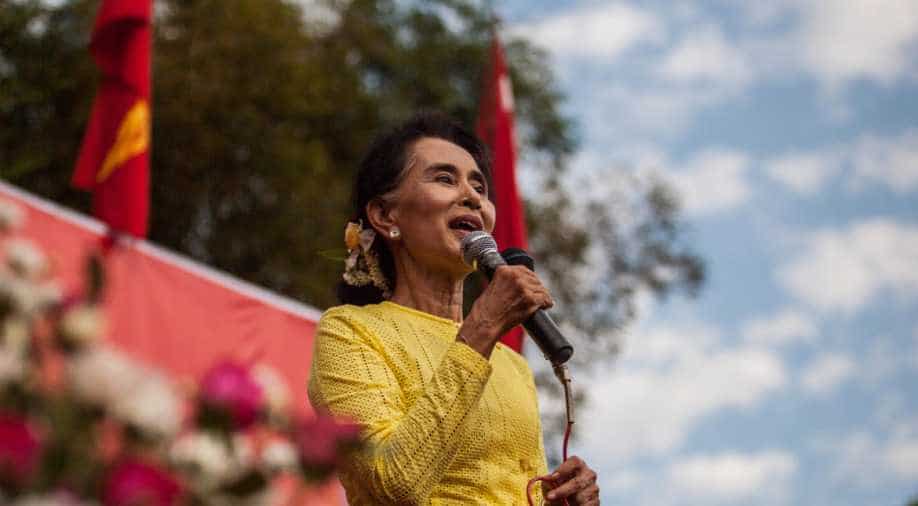 A Yangon court, for the second time this week, laid additional charges dating from 2012 against a former monk and leader of Myanmar's Saffron Revolution, a member of his legal team said today.

The new charges against Nyi Nyi Lwin, better known by his ordination name Gambira, came just one day before he was set to be released following an arrest in January for allegedly entering Myanmar illegally from neighbouring Thailand.

Thazin Aye, one of his lawyers, said today that Gambira was charged with trespassing at the Thanlyin Township Court for allegedly breaking into monasteries in 2012 that had been sealed by the government.

"After his appearance at the court today, Nyi Nyi Lwin was sent back to Insein Central Prison by the government," she said.

He was charged with the same offence in a separate Yangon township court on Tuesday.

The general administration department, a body that oversees the country's sprawling bureaucracy and is controlled by the military, brought the new charges against Gambira.

Nyan Win, a spokesman for the NLD, criticised the case.

"Personally I think there were weaknesses from the prosecutor's side in procedural and legal aspects. There wasn't enough transparency in handling it," he said.

He said efforts to assist Gambira had not yet been discussed by the party.

In 2007, Gambira emerged as a leading figure in a mass protest over living conditions and the oppressive rule of then-dictator Than Shwe that was dubbed the Saffron Revolution.

The government cracked down harshly in response, opening fire on protesters and sweeping up those who took part. A report from the United Nations found that at least 31 were killed by security forces and thousands arrested.

Gambira's sentence of 68 years for his role in the protest turned him into one of Myanmar's most prominent political prisoners. He was released in 2012.

Amnesty International, which has repeatedly called for his release, has said that he is a prisoner of conscience and that he suffers from "serious mental health issues".

Following his release in 2012, Gambira said that he faced solitary confinement, beatings and sleep deprivation while behind bars.

His captors, he said, were "very rude and cruel".