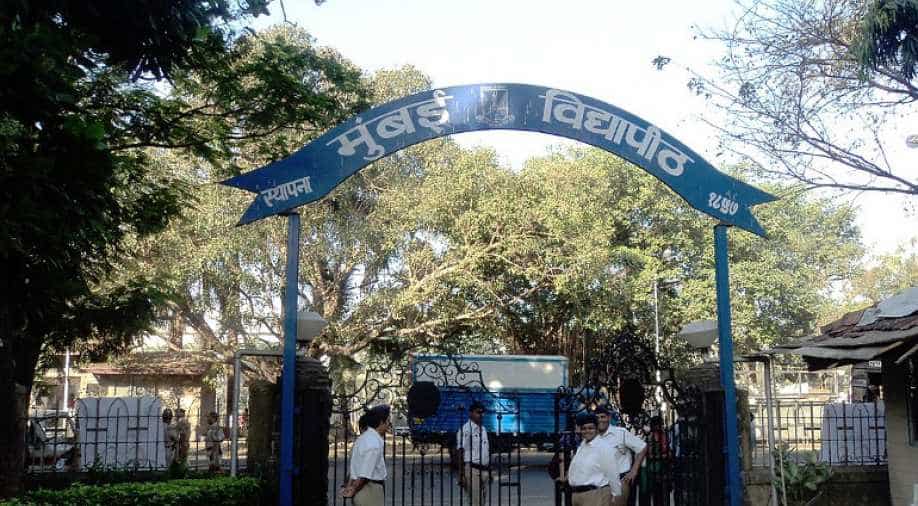 The ABVP has taken up national issues, the most recent being the Ramjas issue. (Image courtesy: Wikimedia Commons) Photograph:( Others )

Student unions are in the process of establishing their support base across Mumbai campuses as elections in universities are set to return after 22 years.

The Maharashtra Public Universities Act, 2016, which was passed last year, allowed for the reintroduction of elections in public universities.

The student union bodies are mulling elaborate strategies for the upcoming elections. For instance, the Akhil Bhartiya Vidyarthi Parishad (ABVP), which enjoys the highest membership in Mumbai with 33,000 members, is planning to achieve a target of one lakh members. It will organise gate sabhas and workshops for college students.

The Students Federation of India (SFI) is planning Whatsapp groups for each college along with organising meetings to address local issues of students. Students Islamic Organisation (SIO) will take up issues concerning minorities.

The special emphasis will be on Mumbai University and its affiliated colleges like Tata Institute of Social Sciences (TISS) and the Indian Institute of Technology (IIT-B).

ABVP has started off by taking up national issues, the most recent being the tussle between Left groups and the ABVP in Delhi's Ramjas College and then in Pune University.

"We are organising sessions with students from various colleges and educational institutes in the city through which we are trying to create awareness about national issues like the one in Delhi. It was a reaction to Left unions spreading anti-national sentiments. Once students are aware of what the reality is, they support us," said Rohit Chandode, ABVP (Mumbai) Secretary.

In the last two months, ABVP has been working on expanding its support base.

"Before elections begin, we want to increase our city membership to one lakh. We are conducting various events and registration drives in college campuses. We have also taken up some important issues for students like the demand for a 24/7 library at the University of Mumbai, complaints about capitation fees at various colleges among other issues, which will help us gain support from students," said Chandode.

On the other side, Left organisations in the city are also attempting to gain the upper hand in most campuses. Rameshwar Shere, Mumbai Secretary, SFI, said that while preparations are on for the upcoming elections, students' choices are going to be more issue- based than ideology-based.

"We have openly spoken about various issues that students are facing. From scholarship issues to problems related to exams and results, we have always approached the concerned authorities to address these grievances from time to time. Being a prominent Left organisation, we have also shown our support to national struggles like the 2016 JNU issue and now the Ramjas College incident," said Shere.

He also added that the organisation is now planning to establish its presence in each and every educational institute to gain maximum support.

"We aim to have at least one WhatsApp group per college/institute through which we can constantly keep in touch with students so that we are not dependent on last minute campaigning before the elections," he added.

Similarly, Students Islamic Organisation — another key organisation — has, in the last two months, raised several issues such as demanding NEET in Urdu, conducting protests under the #Justicefornajeeb campaign etc.

"Now, we are going to focus on Mumbai after working briefly in Delhi and Nanded. For this, we will be conducting a survey across city institutes to try and understand the composition of these institutes, their prominent issues and political inclinations. Once we get the results, we will have an elaborate campaign strategy," said Salman Ahmad President of the Students Islamic Organisation, Mumbai city division.

(A version of this story first appeared in DNA)