Large cash deposit could be treated as case of tax evasion: Indian government 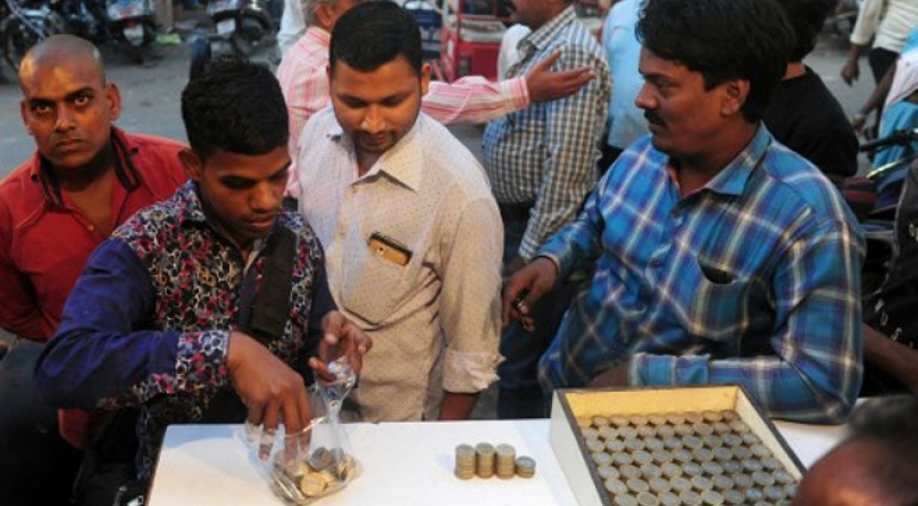 Indians are scrambling to get their Rs 500 and Rs 1,000 notes exchanged, a day after the government made them redundant. Photograph:( AFP )

A day after junking notes of Rs 500 and Rs 1,000 denomination overnight, the Indian government warned on Wednesday that cash deposits above Rs 2.5 lakh (roughly $3,750) under the 50-day window could be deemed as a case of tax evasion.

The government said cash deposits above the aforementioned amount would attract tax plus a hefty 200 per cent penalty in case of income mismatch.

"We would be getting reports of all cash deposited during the period of November 10 to December 30, 2016, above a threshold of Rs 2.5 lakh in every account," Revenue Secretary Hashmukh Adhia said Wednesday night.

"The (tax) department would do matching of this with income returns filed by the depositors. And suitable action may follow. This would be treated as a case of tax evasion and the tax amount plus a penalty of 200 per cent of the tax payable (under India's Income Tax laws)," he said.

The government has allowed citizens to deposit the old notes of Rs 500 and Rs 1,000 denominations in the bank between November 10 and December 30.

The overnight scrapping of notes came about to crack down on black money, corruption and counterfeit notes.

However, Adhia said small businessmen, housewives, artisans and workers would be exempted from any "harassment" by the Income Tax department.

"Such group of people... need not worry about such small amount of deposits up to Rs 1.5 or 2 lakh since it would be below the taxable income. There will be no harassment by the Income Tax Department for such small deposits made," he said.

On people resorting to buying of jewellery to avoid getting caught by the taxman, he said those buying jewellery has to provide their PAN number.

The PAN number would help tax authorities scrutinise every purchase of gold in the country.

"We are issuing instructions to the field authorities to check with all the jewellers to ensure this requirement is not compromised. Action will be taken against those jewellers who fail to take PAN numbers from such buyers. When the cash deposits of the jewellers would be scrutinised against the sales made, whether they have taken the PAN number of the buyer or not will also be checked," he added.