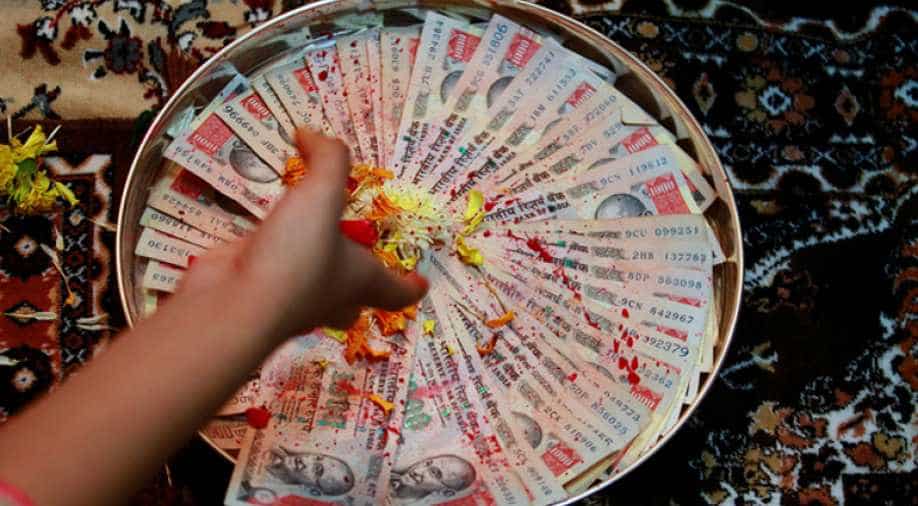 Indian government's plan to scrap the Rs 500 and Rs 1,000 bank notes has left millions of citizens in the lurch, with people having to wait for hours in queues at bank branches and ouside ATMs.

The situation worsened because many ATMs went dry on Friday, barely a few hours after the public was allowed to operate them.

That was because banks did not make feed enough cash to refill the machines.

State Bank of India (SBI) said 29,176 of about 50,000 of its ATMs functioned on Friday and the remaining would become operational on Saturday (today). Rituraj Sinha, President, Cash Logistics Association of India, said that shortage of cash with banks and technical glitches were the main reasons for ATMs not functioning optimally.

"The main reason is huge withdrawal and cash availability was not that much. As of now, we have only collected Rs 100 notes from banks. No Rs 500 or Rs 2,000 notes were collected by us (his company SIS)," he said.

The government has reportedly printed 1 billion Rs 2,000 notes and Rs 2 lakh crore (roughly 29.6 billion) worth of cash will come into circulation soon.

Sinha said that his company required Rs 95 crore (a little over $14 million) daily to manage around 2,500 ATMs in the National Capital Region (NCR) whereas they could collect hardly around Rs 10 crore ($1.48 million) on Friday.

The other reasons, he said, were evacuation of old high-denomination currency from ATMs could not be completed and a lot of Rs 500 and Rs 1,000 notes extracted from machines were yet to be deposited with banks and exchanged with Rs 100 and new Rs 500 and Rs 2,000 notes.

The current configuration of ATMs, which has four money cassettes or slots with three for Rs 500 and Rs 1,000 notes and only one for Rs 100 notes, were also creating problems. Some machines did not have cassettes for Rs100 notes at all.

According to him, most banks were too busy handling customers and were unable to attend to the cash logistic firms.

Meanwhile, the Reserve Bank of India (RBI) and the government issued statements on Friday to assure people that there was sufficient cash available with them and would be supplied to improve the liquidity situation.

"There is enough cash with the RBI. Supply of cash to bank branches and ATMs are being stepped up gradually," said the government release.

In terms of volume, the share of old Rs 1,000 notes in circulation in the country was 7 per cent and 17.4 per cent for the old Rs 500 notes. Currency of Rs 100 denomination constitutes around 17.5 per cent of the total volumes. The total worth of currency in circulation was Rs 17 lakh crore.

(This report was first published in DNA)