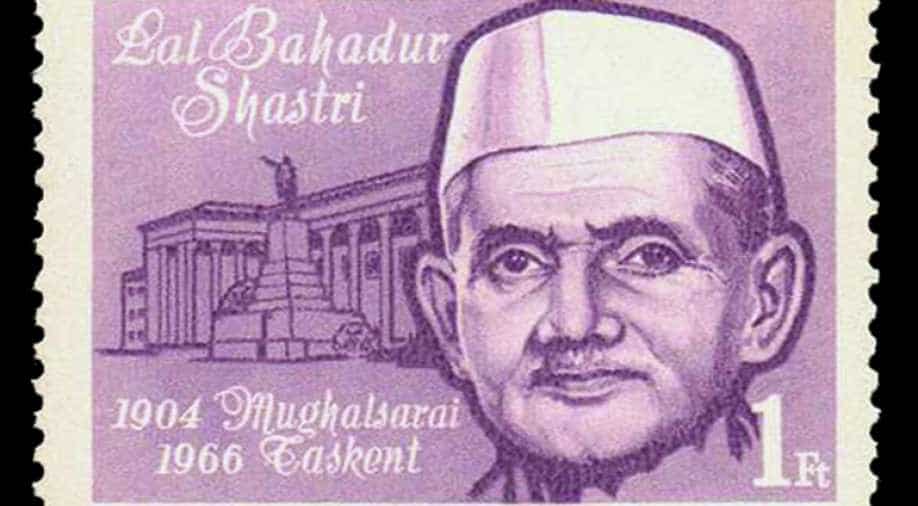 Rahul Gandhi said that Congress did not once interfere?in?the functioning of the Reserve Bank of India. Photograph:( Others )

The meeting organised by the Indian National Congress in Delhi against demonetisation wasn’t without significance. First, a major function was organised in absence of Congress president Sonia Gandhi and secondly Congress chose the death anniversary of late Prime Minister Lal Bahadur Shastri as the day to organise the function.

Only Indira Gandhi and Lal Bahadur Shastri’s photographs were put on the dais.

Indira Gandhi had given the slogan, ”Mein kahti hun garibi hatao aur vo kehte hain mujhe hatao,” and Shastri gave the famous slogan ”Jai Jawan and Jai Kisan.” Sources say that the imagery goes well with the anti-demonetisation drive of the Congress Party as BJP would find it difficult to pin Congress down on Shastri. And Sonia’s absence would give Rahul ample space to engage the public’s mind.

Congress vice-president Rahul Gandhi attacked the government on the ground that it was a personal decision of Narendra Modi. “We didn’t do it because we felt that it would give the desired dividends,” said Rahul Gandhi. He also said that Congress did not once interfere in the functioning of the Reserve Bank of India.

“Achhe din are only going to come when the Congress party is going to come back to power,” said Rahul Gandhi. The Congress vice-president also said that media is being constrained under the Modi regime. “Media also have the responsibility to show what people are going through because of demonetisation,” said Rahul Gandhi. He also took the jibe at media by saying,” Maybe, we respected the press too much.”

The Congress also alleged that they wanted to organise a bigger function but could not because a bigger auditorium wasn’t leased out to them.

The Congress vice-president called Ramdev and Bhogle as homemade economists whose decisions the Prime Minister enforced. Congress has decided to make demonetisation a major theme in the forthcoming state Assembly elections.