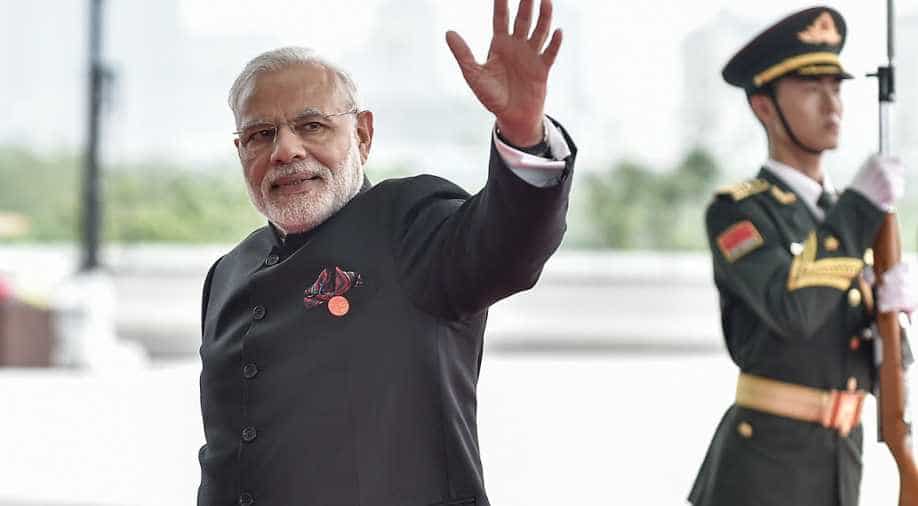 In a shot in the arm for BJP after Prime Minister Narendra Modi's demonetisation move and ahead of Gujarat elections next year, the party swept local bodies elections by capturing 107 seats out of total 123 seats which went for polls in different parts of the state.

"This is truly a grand success of BJP, as elections took place in different parts of state representing people from different communities. Thus, we can say that every section of society accepted BJP," said Rupani.

The party won in two municipalities and one taluka panchayat along with majority seats of various other local bodies on which voting was held on Sunday. The result was declared today.

BJP captured 107 out of total 123 seats which went for polls in different parts of the state.

Putting a dismal performance ahead of the Assembly polls due next year, the Congress manged to capture only 16 seats in this election.

As per the final result declared by the Gujarat State Election Commission, BJP has registered victory in Vapi municipality of Valsad district by capturing 41 out of total 44 seats. Only three seats went to Congress. Vapi municipality was earlier held by BJP.

Similarly, BJP made a near clean sweep in the polls to Kanakpur-Kansad municipality of Surat, where it captured 27 out of 28 seats, leaving only one to Congress. It was also held by BJP earlier.

The results of the local bodies elections assume significance for the BJP in the run-up to the state polls next year, and that they were held just after the demonetisation of Rs 500 and Rs 1,000 notes by the Centre.

Apart from these three elections, Gujarat SEC conducted by-elections on 29 seats of various municipalities, taluka panchayats and district panchayats across the state. The by-polls were necessitated as these seats fell vacant due to various reasons.

BJP spokesperson Bharat Pandya said that this is a vote for demonetisation decision of the BJP and negative approach of the Congress to oppose the anti-black money move.

Gujarat Congress conceded its defeat and vowed to work hard for the people. The opposition party also downplayed BJP's victory, claiming that people's mood can't be judged from such local body polls.

"We accept our defeat. But, BJP must not forget that it was only by-poll on some seats. Results of these polls cannot be taken as the litmus test of people's mood. We will introspect on these results. We will continue to raise issues concerning people," Gujarat Congress spokesperson Manish Doshi said.