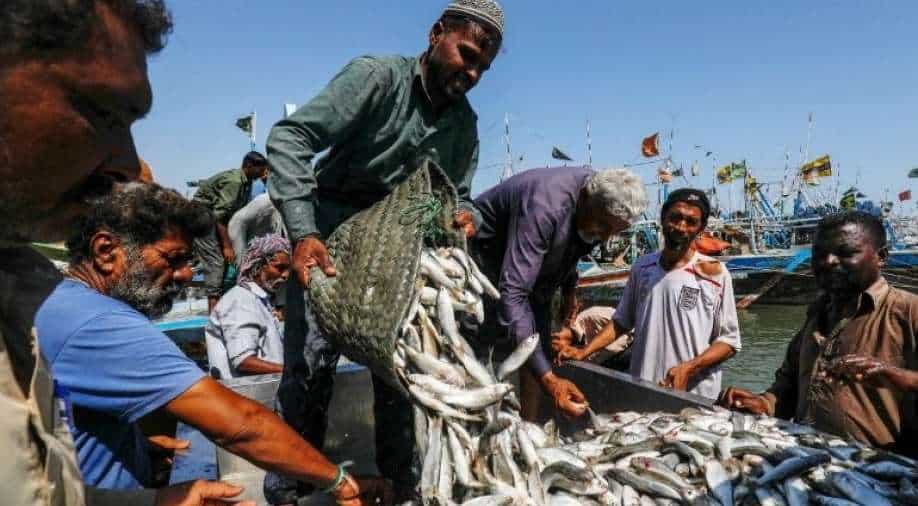 According to the fishermen at the forefront of these latest anti-Islamabad demonstrations, they were promised prosperity in the CPEC agreement, but the promises have fallen through

Massive protests have swept through the Balochistan province of Pakistan, especially the Gwadar region, where people are holding rallies and demonstrations calling out the government for mistreating the region and its people.

While accusing Islamabad of working in cahoots with Chinese authorities, they say that people in Gwadar are losing jobs due to the so-called game-changer China Pakistan Economic Corridor (CPEC).

Their protests have also aimed to highlight a rise in the plights of commoners due to a significant rise in load shedding. A protester said, "We are stuck between the devil and the deep blue sea. We, the people of Balochistan have only two options to choose from, either to sink in the sea or sit in the lap of the devil. CPEC has been a historical problem. We have just been able to just about meet our ends because of CPEC".

The fishermen, who are on the front line in these latest anti-Islamabad protests say they have assured prosperity when the CPEC agreement was signed but the promises have vanished into thin air. On the contrary, the situation has grown so desperate that they are able to just about make ends meet.

"Our fishermen used to earn lakhs of rupees before CPEC was conceived in 2003. But even that has been sold by them (Pakistan government)", said a protester in his protest speech. While the COVID-19 pandemic has already rendered a big blow to the already battered economy of Pakistan, the fishermen have suffered a double whammy with even little prospects of returning to sea dying down with the country's new policy under which the Chinese are gaining control of the Gwadar Port and the region around it.

They have been cleared away from their fishing areas and now with no employment, distressed locals say they are left with little or no option to look forward to in life.

A protester added, "Had we been wrong then Gwadar port would have never come into existence and now even your Gwadar expressway is on the verge of completion. Imran Khan, If you hate the people of Gwadar so much then just do what Hitler did with Jews. Gather us all at one place and kill us with poisonous gas. If you cannot do this then stop hating us and stop playing with our lives, Imran Khan".

The Baloch, who accuse Islamabad of having devious intentions of their ethnic cleansing also say that a systematic design has been employed to further oppress and subsequently eliminate them. Apart from hours of everyday load shedding, Balochistan also has an acute shortage of potable water.

"Balochistan has received more rainfall than Islamabad but still, Gwadar has an acute water shortage. What is the reason behind this? It happens because the people of Gwadar are not ready to fall in line with those who are mistreating them", said a resident of Gwadar who has joined the protest.

The region of Balochistan, which is now the largest province of Pakistan, was annexed by it in 1948. And despite stiff resistance from the locals, Islamabad has continued to rule it with an iron fist. The region is full of mineral and gas reserves and meets a large portion of the gaseous needs of the country. However, in return, all it gets is discrimination and state-sponsored oppression.