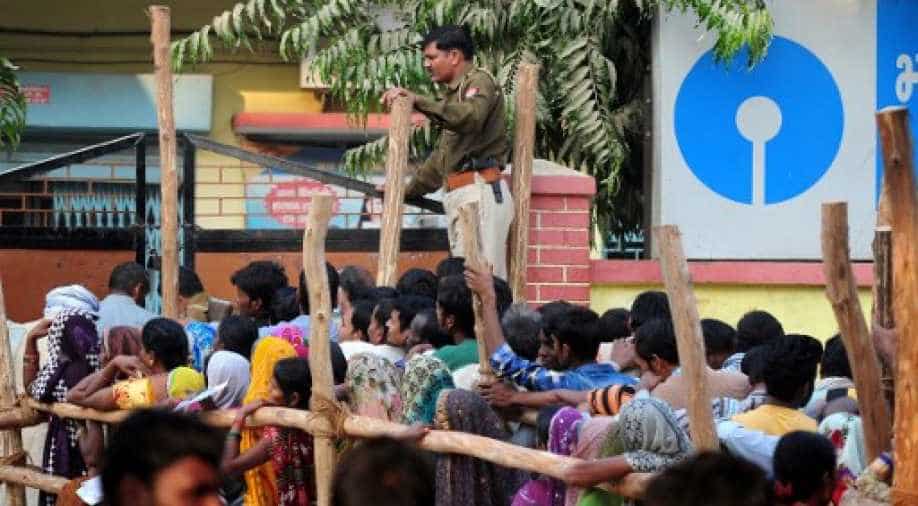 Indian people wait in a queue to deposit and exchange 500 and 1000 rupee notes outside a bank in Allahabad on November 17, 2016. Photograph:( AFP )

The Indian government has said that people using other persons' bank accounts to convert their black money into new denomination notes will be subjected to income tax and penalty if it is found that the amount did not belong to the account holder.

The Indian government later said that small deposits made in banks by artisans, workers, housewives, would not be questioned by the Income Tax (IT) department considering the present exemption limit for Income Tax being Rs 2.5 lakh.

However, there have been reports in the media of instances where people are using other persons' bank accounts to convert their black money into new denomination notes in exchange of a particular percentage of the amount.

This activity was reported in some Jan-Dhan accounts too.

The government has said that the person who allows his or her account to be misused for this purpose can be prosecuted for abetment under Income Tax Act.

However, genuine persons depositing their household savings in cash into their bank accounts would not be questioned.

The government has urged people to help it curb black money, to make its mission successful.

Also, people have been encouraged to give information of illegal activities to the IT department so that immediate action can be taken and such illegal transfer of cash can be stopped and seized.