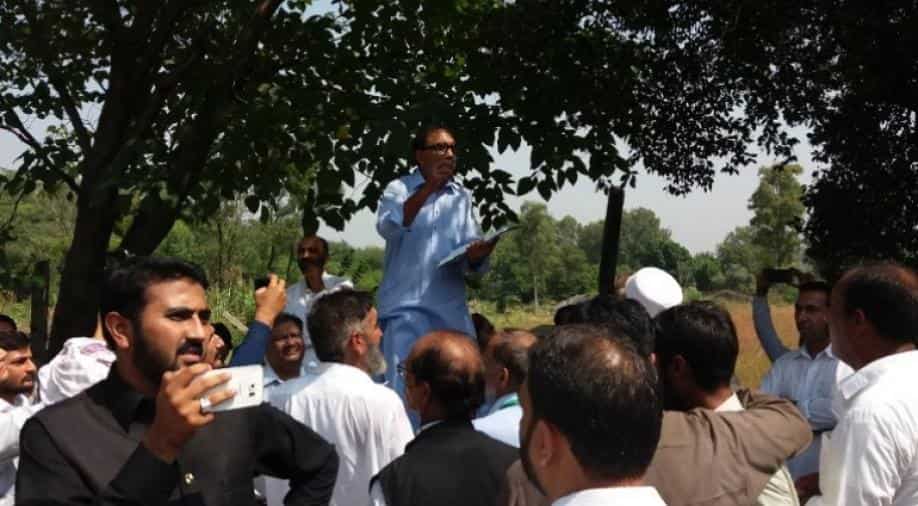 Pakistani men take part in an auction of buffalos during an auction at the premises of the Prime Minister house in Islamabad. Photograph:( AFP )

The Pakistani premier's house milked its livestock reserves Thursday as dozens gathered for a buffalo auction in the capital Islamabad, in the latest push for Prime Minister Imran Khan's highly publicised austerity drive.

A total of eight buffalos were auctioned off for nearly 2.3 million rupees ($19,000) at the prime minister's residence, as Khan's new administration aims to cut expenditure and increase revenue collection to boost Pakistan's struggling economy.

"The auction was not just good. It was very, very good," said government official Javaid Iqbal, who oversaw the sale.

An auctioneer shouted prices to a crowd carrying stacks of rupees in the residence's backyard, where the shiny, black buffalos for sale were tied to nearby trees.

The animals were purchased in 2014 by the government of ousted premier Nawaz Sharif, with supporters of the erstwhile leader flocking to the auction and paying several times the market price for a piece of history.

"I bought a buffalo for 300,000 rupees, which is three times higher than the market price. But I am happy because it's a memory tied to my leader Nawaz Sharif," Malik Tayyib Nawaz told AFP.

Sharif -- who was removed from office last year by the Supreme Court for alleged corruption -- was freed from prison earlier this month after being jailed weeks ahead of July elections.

However, others at the auction complained of the high prices.

"A common man like me cannot afford to buy them," said Zameer Khan, who travelled to the event with the hope of netting a buffalo but left empty handed.

Khan was elected in July on promises to cut excessive government spending and build an Islamic welfare state in the impoverished South Asian nation.

As part of the ongoing austerity drive, Pakistan has auctioned off dozens of luxury vehicles belonging to the prime minister's house and also launched a crowdfunding campaign to build a dam in the country's north.