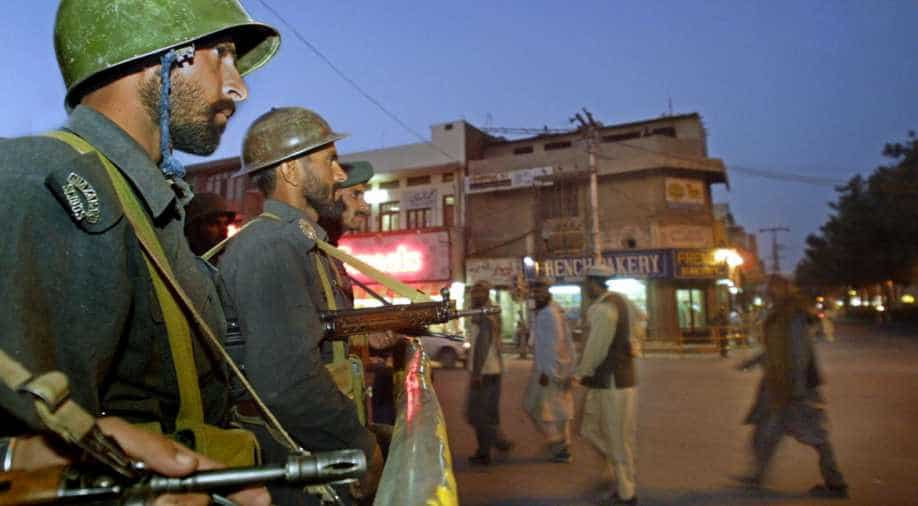 The blast which occurred inside the premises of the shrine left several critically injured. (Representative image) Photograph:( Getty )

At least 52 people were killed and more than 105 were wounded in an explosion at the Shah Noorani shrine in Balochistan's Khuzdar district, the Pakistani publication DawnNews reported.

According to reports in local media, the blast took place inside the premises of the shrine, injuring several devotees, including women and children.

“People who are critically injured in the blast will be transported to Karachi," Balochistan interior minister Mir Sarfaraz Ahmed Bugti told DawnNews.

In-charge Edhi Foundation Lasbella Hakeem Lassi confirmed the explosion to Geo News, saying that more than 500 people were inside the shrine when the blast took place.

Authorities said they were facing difficulty in accessing the site of the incident due to its remote location in a hilly terrain. Communication and electricity services were also hit by the blast, adding to the problems of the emergency services trying to reach the injured.

The injured are being transported to Karachi for treatment as no major hospital is located near the blast site.

The local government declared an emergency in all hospitals of Khuzdar district. Bugti promised that action would be taken if any security lapses are found on part of the state.

The Islamic State group claimed responsibility for the suicide attack, but Bugti did not confirm the claim.

President Mamnoon Hussain and Prime Minister Nawaz Sharif have strongly condemned the bomb blast. They directed the concerned authorities to speed up the rescue activities and provide best medical facilities to the injured.

This is not the first time that extremists have targeted a shrine in Balochistan. This is the third major incident of a bombing in the province since August.

In August, about 70 people were killed in a suicide bomb attack outside the civil hospital in the provincial capital Quetta. Last month, 64 police cadets and two army men were killed when three terrorists raided a police training centre in Quetta.