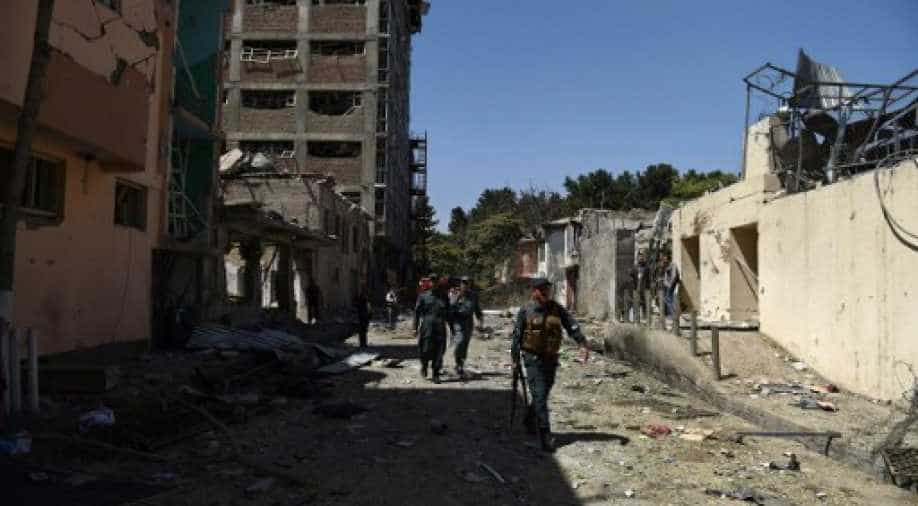 At least 27 people were killed and 64 wounded following a suicide attack on a Shia mosque in the Afghan capital of Kabul on Monday.

This is the latest in a series of attacks in Afghanistan claimed by Islamic State.

A rise in casualties is feared, a government spokesman said.

"A blast was reported at around 12:30 pm in police district 6 of Kabul, we are still gathering the details," AFP reported interior ministry spokesman Sediq Sediqqi as saying.

Officials said the attack took place at the Baqir Olum mosque in the western part of the city, Reuters reported.

The attacker was with the worshippers when he decided to detonate the bomb, Afghan police told AFP.

The attack comes on a day when Shias were celebrating the occasion of Arbaeen, which marks the end of the 40-day mourning period after Ashura, which commemorates the death of Imam Hussein, grandson of Prophet Muhammad and the founder of the Shia sect.

At least 15 wounded were taken to hospitals, the health ministry said.

"When the dust settled down, I saw the mosque was full of flesh and blood. I was injured in my waist and had to crawl out of the mosque."

Another worshipper, Ali Jan, told AFP: "I was in the mosque, the people were offering prayers. Suddenly I heard a bang and windows broke. I had no idea what had happened. I rushed out screaming."

President Ashraf Ghani said in a statement he strongly condemned the "barbaric" attack, which the UN called an "atrocity".