The Islamic Revolutionary Guard Corps (IRGC) was formed by the late Ayatollah Ruhollah Khomeini in 1979. It is meant to preserve the ideals of the 1979 revolution which brought Khomeini to power after the overthrow of Shah of Iran by Khomeini's forces. 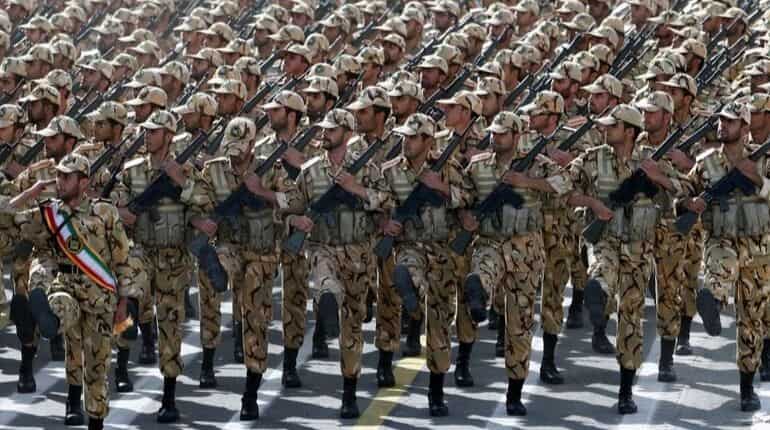 On the eve of the 18th anniversary of the September 11 attacks, the US government imposed new sanctions on Iran's Islamic Revolutionary Guards Corps(IRGC). At the height of the Iran crisis, US President Donald Trump had called off airstrikes against Iran at the last minute in June after the Islamic republic's forces had shot down a US drone.

The Islamic Revolutionary Guard Corps said it had brought down the unmanned Global Hawk surveillance aircraft as it was "violating Iranian air space" over the waters of Hormozgan province.

The Pentagon, however, denounced an "unprovoked attack" in international air space as President called it a "very big mistake". "This country will not stand for it, that I can tell you," said Trump.

On July 18, the Republican Guards had said they had detained the Panama-flagged for MT Riah for alleged fuel smuggling.

And a day later, they announced they had impounded the British-flagged Stena Impero in the Strait of Hormuz for breaking "international maritime rules". 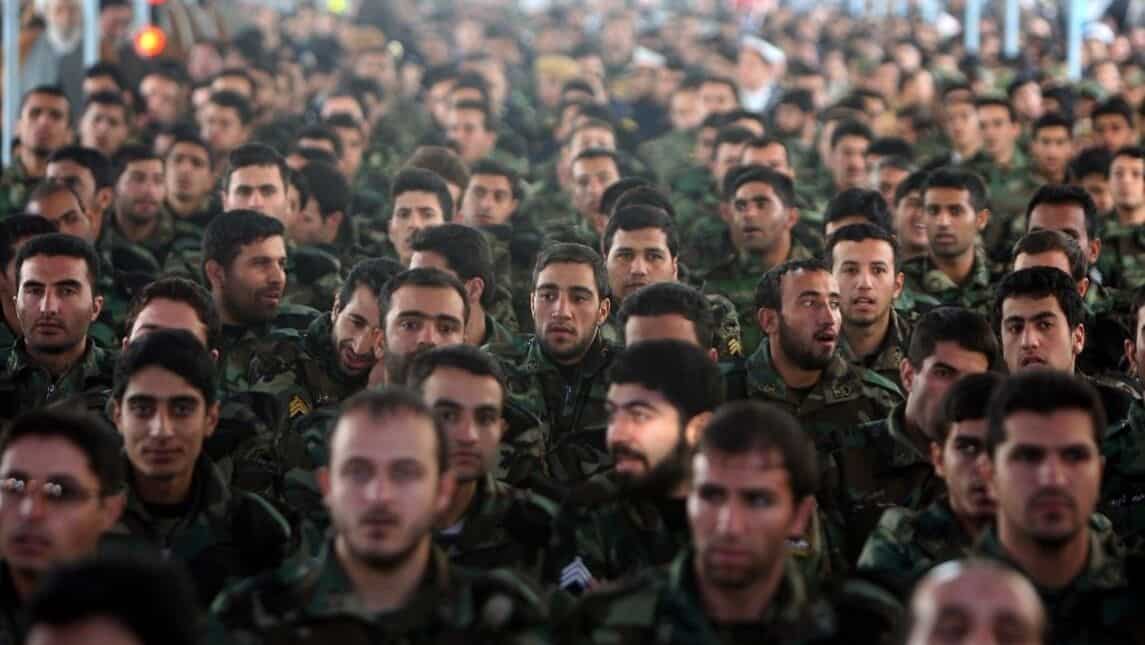 Earlier in the month, the Trump administration had announced sanctions against a network of firms, ships and individuals allegedly directed by Iran's Islamic Revolutionary Guard Corps. The US alleged that it supplied oil to Syria worth tens of millions of dollars in a breach of US sanctions.

The US Treasury Department said that the Qods Force, the IRGC's elite foreign paramilitary and espionage arm profited financially by supplying Iranian oil and petroleum products, mostly to Syria, that this spring alone was worth more than $750 million. 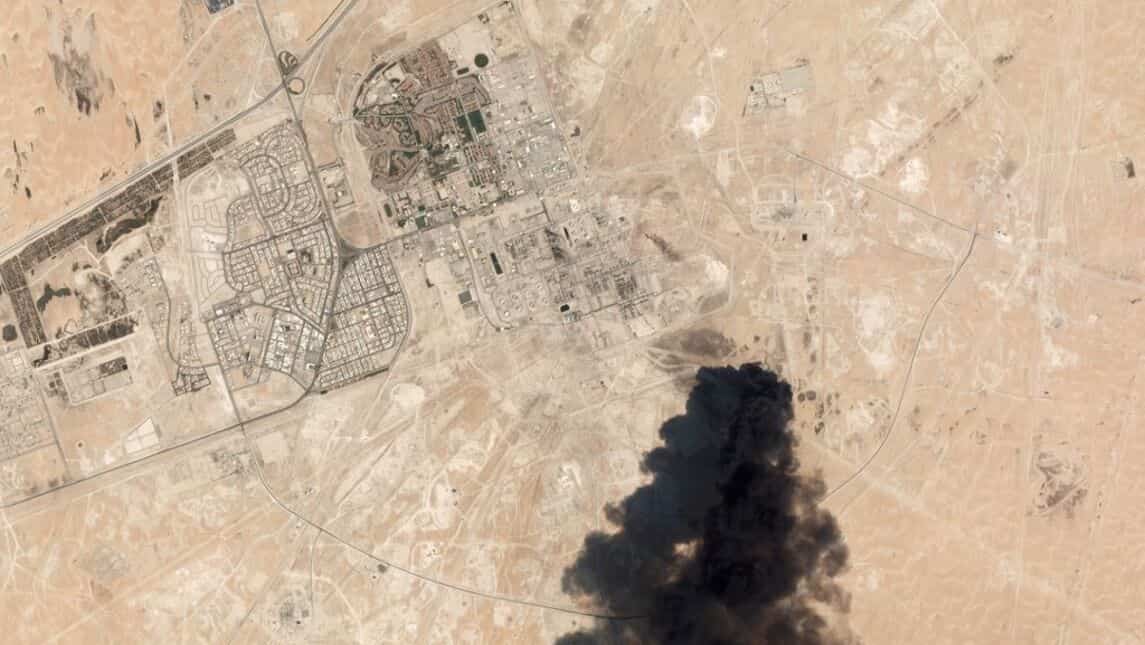 In the latest escalation of tensions in the Middle East, Yemen's Houtini rebels launched a series of drone strikes on Amarco oil facilities in Saudi Arabia severely disrupting oil supplies. US Secretary of State Mike Pompeo said that blamed Iran for the attack asserting that it was “an unprecedented attack on the world’s energy supply”.

President Trump later said US was "locked and loaded" to retaliate but added that he was still awaiting confirmation from Saudi Arabia on the source of the attacks even as the Suadi-led coalition said the weapons used in the drone strike on the Amarco oil facilities were "Iranian-made".

The Saudi-led coalition reiterated the assessment that the Huthis were not behind it, pointing the finger at Iran for providing the weapons. As a result of the crisis, oil prices skyrocketed to a level not seen since the Gulf war in 1991. 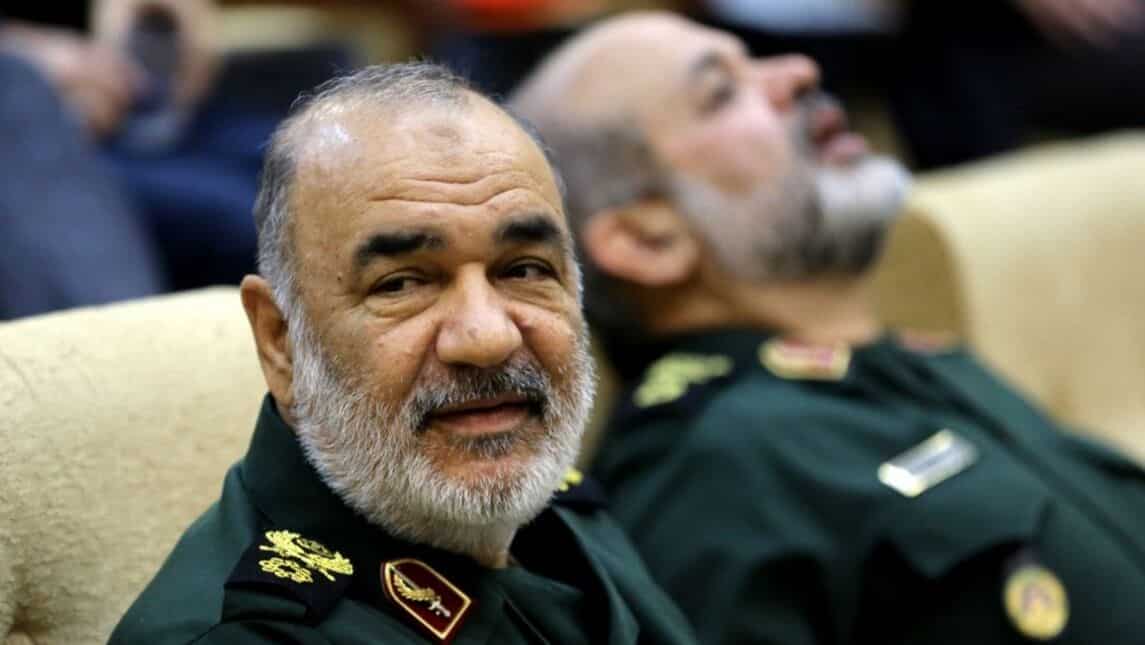 IRGC-QF has mastered the art of asymmetric warfare deploying "unconventional" techniques in its attempt to win battles in the Middle East, both on the ground and in the air.

In a recent press conference, Saudi Arabia said the Armaco attacks were a result of  Iran's Delta Wing unmanned aerial vehicles (UAV) along with cruise missiles, openly pointing fingers at the IRG.

“The attack was launched from the north and unquestionably sponsored by Iran,” the Saudi Defence ministry spokesman said. According to Iran's Constitution, Islamic Pasdaran Revolutionary Corps has been formed to undertake the "responsibility of not only guarding and protecting the borders, but also the weight of ideological mission, i.e. striving on the path of God and struggle on the path of expanding the sovereignty of the law of God in the world."

According to Article 144 of Iran's constitution, "the Army of the Islamic Republic of Iran must be an Islamic army, committed to Islamic ideology and the people. It must accept into its service deserving individuals who are true to the goals of the Islamic Revolution and devoted to realizing them." 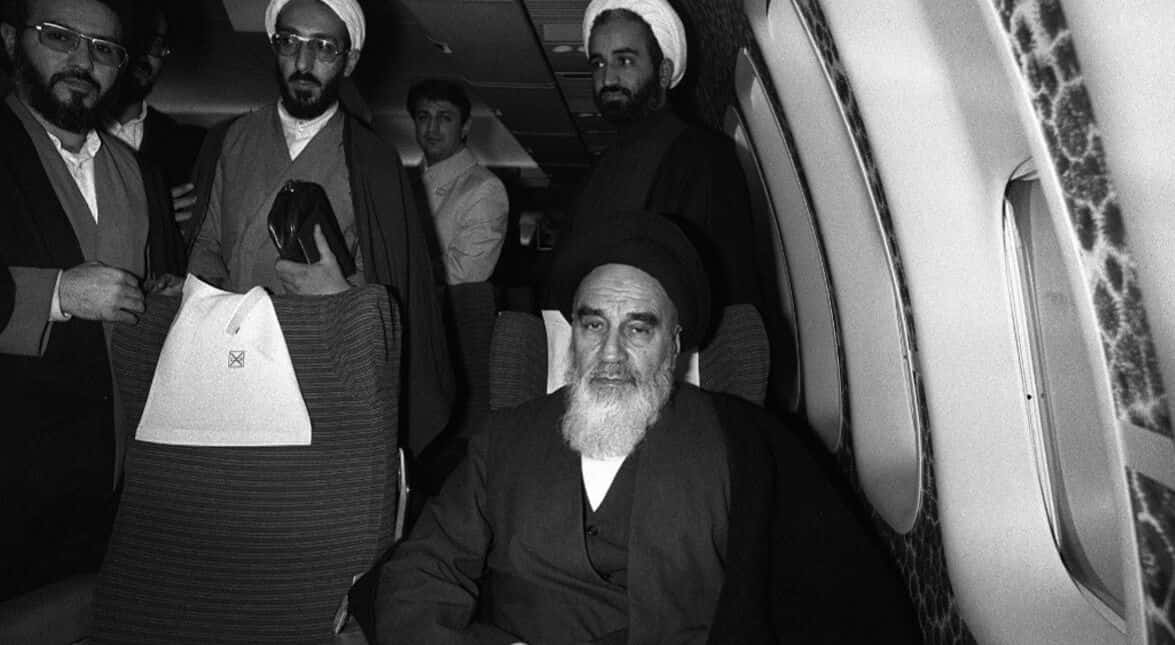 The Islamic Revolutionary Guard Corps (IRGC) was formed by the late Ayatollah Ruhollah Khomeini in 1979.

It is meant to preserve the ideals of the 1979 revolution which brought Khomeini to power after the overthrow of Shah of Iran by Khomeini's forces.

The IRGC is divided into two parts - Basij militia and the Quds Force (IRGC-QF).

Hossein Salami, the commander of the IRGC, recently told a village gathering that the "Basij militia was guarding the country's borders with their eyes wide open."

The militia is an internal paramilitary tasked with protecting the regime domestically, and also to recruit volunteers and quell internal rebellion.

The Basij militia, a paramilitary force, was incorporated into the IRG in 1981. It came into prominence during the Iran-Iraq war in the 1980s when it acted as "recruiting agency" for enlisting in the Army. 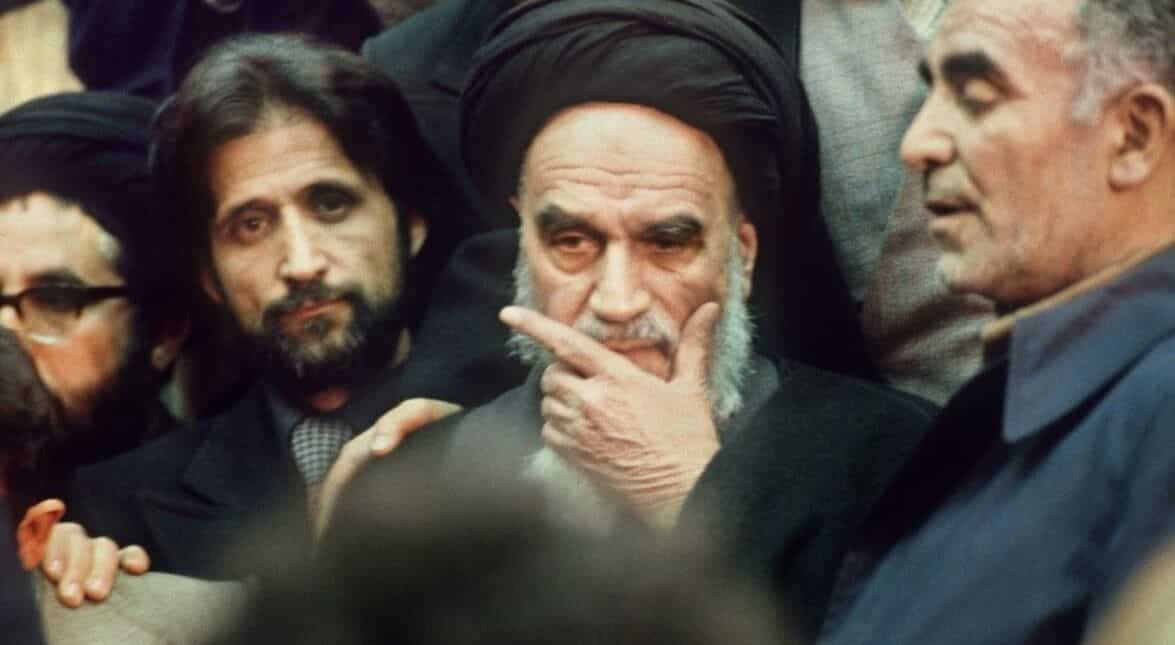 IRG's feared elite Quds Force (IRGC-QF) has been at the center of controversy in the past few months.

The US has designated it a foreign terrorist organization. According to the White House,  “the Iranian government’s primary means of directing and implementing its global terrorist campaign.”

The US linked the tanker attack to IRG's Quds Force and alleged the IRGC-QF benefitted from the illicit oil sales. 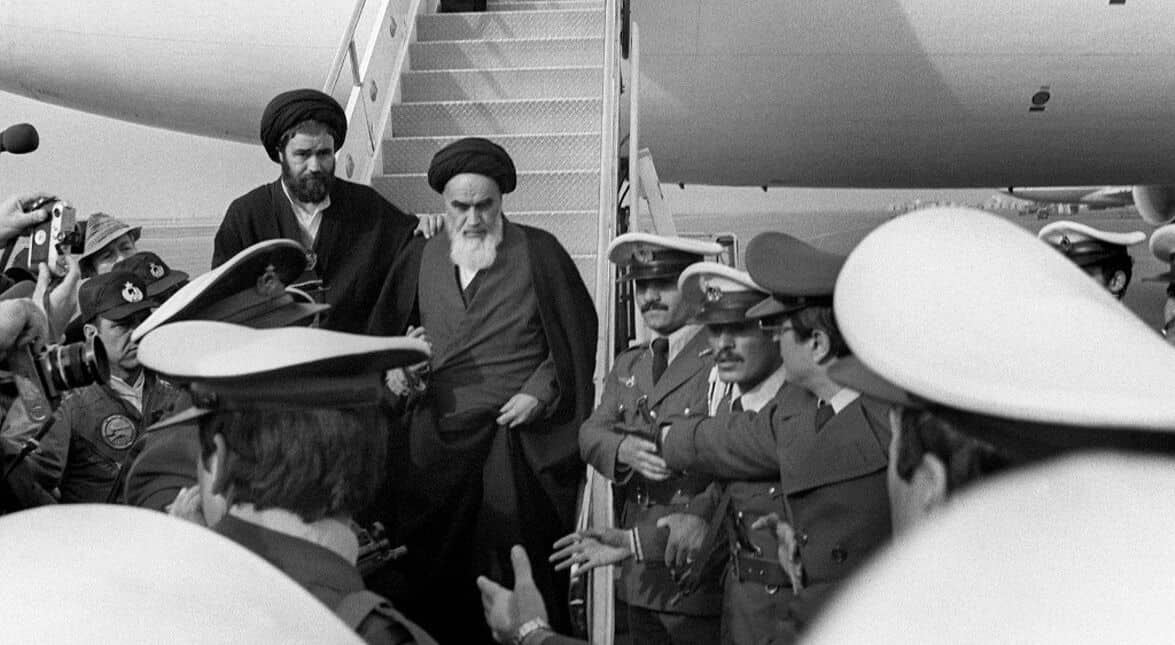 Article 147 of the Constitution states: "In time of peace, the government, in complete respect for the criteria of Islamic justice, must utilize the army’s personnel and technical equipment for relief operations, educational and productive endeavors, and the Reconstruction Campaign ( jehād-e sāzandegi), to the degree that the army’s combat-readiness is not impaired."

Article 151 says: "In accordance with the venerable Qur’anic verse, muster against them all the men and cavalry at your command, so that you may strike terror into the enemy of God and your enemy and others beside them who are unknown to you but known to God” (8: 59), the government is responsible for providing for all the citizens a program of military training and its facilities, in accordance with the criterion of Islam such that everyone will always be able to engage in the armed defense of the country and the order of the Islamic Republic of Iran."

"However, the possession of arms requires the permission of the official authorities," the Constitution adds.