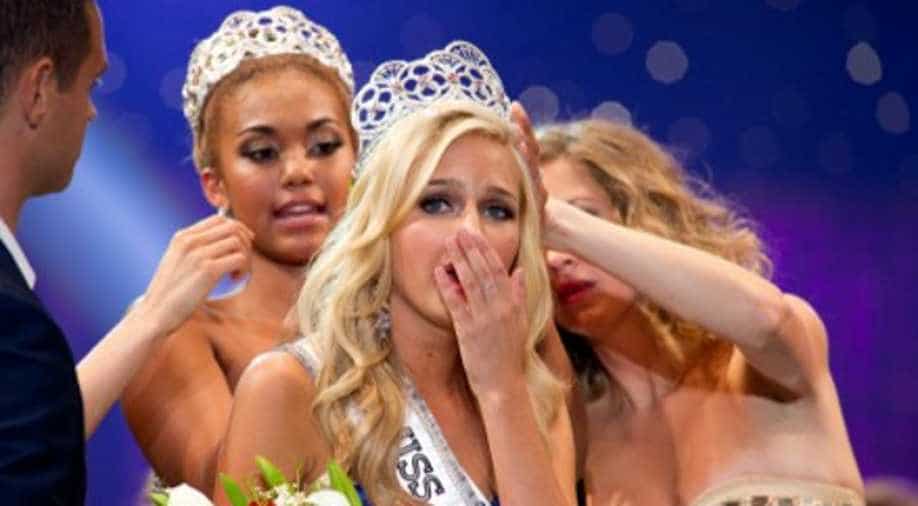 The Miss Universe Organization, which operates the pageant, released a statement on its website that contestants would now be judged on athletic wear Photograph:( AFP )

Follow Us
One of America's top beauty pageants has axed its swimsuit competition, ditching bikinis for sportswear to fend off years of complaints that parading in a bikini is sexist and demeaning.

Miss Teen USA, open to women aged 14 to 19, said on its website that "in a society that increasingly prioritises feminism and equality, watching women parade across a stage in bikinis can feel outdated."

The Miss Universe Organization, which operates the pageant, said from now on contestants would be judged on athletic wear, in addition to the evening wear and personality competitions.

"Miss Teen USA's transition to athletic wear reads as less exploitative and more focused on the importance of physical fitness for its younger participants," it said.

The reform was welcomed by reigning Miss Teen USA, Katherine Haik, who called it "a great way to celebrate the active lives that so many young women lead and set a strong example for our peers."

The 2016 Miss Teen USA pageant, which is broadcast online, will be held in Las Vegas on July 30. Each year, a woman from each of the 50 states and one from Washington DC compete for the crown.