NASA team in India to discuss on joint mission 'NISAR' with ISRO; launch likely by Q1 2023 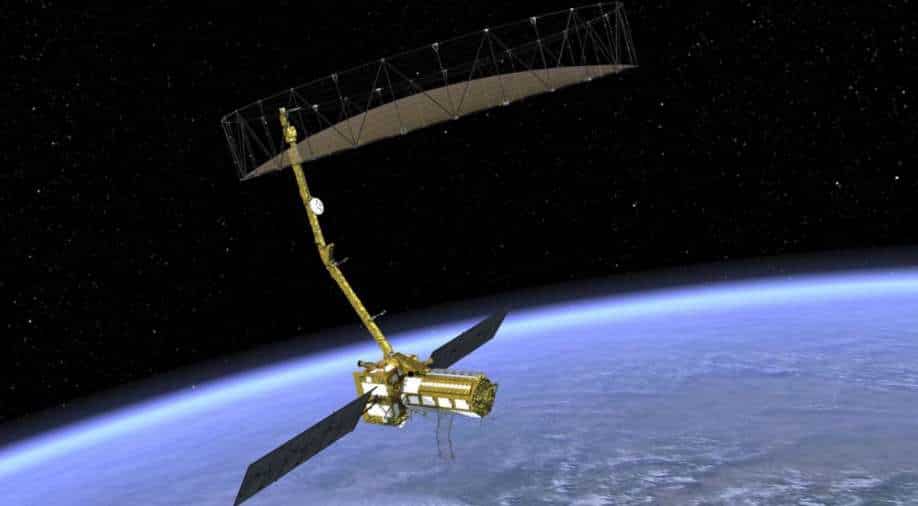 NISAR (NASA-ISRO Synthetic Aperture Radar) is a satellite that will use advanced radar imaging to provide an unprecedented, detailed view of Earth. Photograph:( WION )

Indicating the mission launch to be around the first quarter of 2023, the NASA delegation also revealed that the radar payload would ship to India in late-February 2023

A visiting delegation from the American Space Agency (NASA) has indicated that the NASA-ISRO joint mission, 'NISAR', would be launched from India's spaceport at Sriharikota in early 2023. NISAR (NASA-ISRO Synthetic Aperture Radar) is a satellite that will use advanced radar imaging to provide an unprecedented, detailed view of Earth. It is designed to observe and take measurements of some of the planet's most complex processes, such as ecosystem disturbances, ice-sheet collapse, and natural hazards such as earthquakes, tsunamis, volcanoes, and landslides.

Congratulations to ISRO's new Scientific Secretary, B. Shantanu! It was a delight meeting you and your team today as we talked about @NASAEarth & @ISRO's joint mission NISAR. pic.twitter.com/HzNxXn5dJK

Indicating the mission launch to be around the first quarter of 2023, the NASA delegation also revealed that the radar payload would ship to India in late-February 2023. According to NASA, NISAR will observe Earth’s land and ice-covered surfaces globally with 12-day regularity on ascending and descending passes, sampling Earth on average every six days for a baseline three-year mission. Data collected from NISAR will reveal information about the evolution and state of Earth's crust, help scientists better understand our planet's processes and changing climate, and aid future resource and hazard management.

Watch | NASA Mars lander's mission coming to an end, but why?

In March 2021, quoting the then ISRO Chairman Dr. K. Sivan, WION reported that the launch of NISAR would be around the end of 2022 or early-2023. On March 4th, 2021, Dr. K. Sivan virtually flagged off the Indian-made S-Band payload from the Space Applications Centre, Ahmedabad. NASA adds that NISAR will be the first satellite mission to use two different radar frequencies (L-band and S-band) to measure changes on the earth's surface.

It was on September 30th, 2014, that NASA and ISRO signed a partnership to collaborate on and launch NISAR. NASA is providing the mission’s L-band synthetic aperture radar, a high-rate communication subsystem for science data, GPS receivers, a solid-state recorder and a payload data subsystem. ISRO is providing the spacecraft bus, the S-band radar, the launch vehicle and associated launch services.