The story of how Jammu and Kashmir became part of India 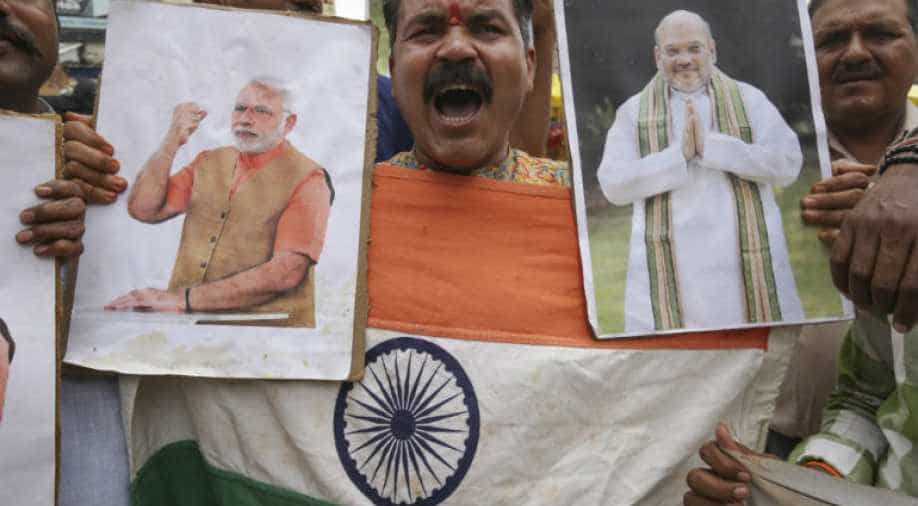 People in Bhopal celebrate abrogation of Article 370 in Jammu and Kashmir. Photograph:( AFP )

Sardar Vallabhbhai Patel, through deft diplomacy and the policy of carrot and stick, managed to integrate all principalitites

Home Minister Amit Shah on Monday made the announcement of revoking Articles 370 and 35A from the Constitution of India, thereby withdrawing the special status accorded to the north Indian state of Jammu and Kashmir.

Jammu and Kashmir has been an integral part of India since the country became independent in 1947. The Indian Independence Act 1947 passed in British Parliament partitioned the former British colony to create the dominion of India and the dominion of Pakistan.

British rule formally ended, and with it all the treaties and agreements which the British had signed with over 570 princely states also ceased to exit.

The princely states were free to accede to either India or Pakistan.

Sardar Vallabhbhai Patel, through deft diplomacy and the policy of carrot and stick, managed to integrate all principalitites. Junagarh and Hyderabad presented a few problems, but Patel managed to make them fall in line.

Jammu & Kashmir, however, proved to be a bigger challenge.

Maharaja Hari Singh Dogra, the then ruler of the state, wanted it to be independent - joining neither India nor Pakistan. He offered a 'standstill agreement'.

Pakistan immediately accepted the offer, although no actual agreement was signed.

But this understanding was soon flouted by Pakistan, which placed an economic blockade on Jammu & Kashmir in early September. Maharaja Hari Singh Dogra turned to India for help, which airlifted essentials like salt and kerosene.

On October 22, 1947, Pakistani militia with the backing of their army crossed the border with the intention to seize Srinagar.

On October 26, 1947, he signed the instrument of accession. With this, Jammu and Kashmir became an integral part of sovereign India.

On October 27, 1947, India airlifted its troops to the state. A limited war ensued, in which India pushed back the Pakistani raiders to the borders which stand demarcated today as the Line of Control (LoC).