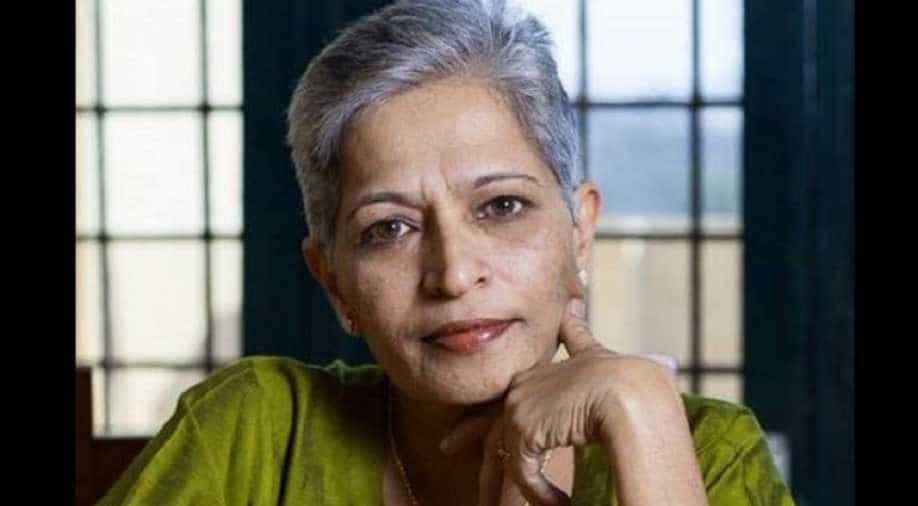 Lankesh edited the anti-establishment Lankesh Patrike. The general consensus seems to be that she was killed for her views. Photograph:( ANI )

News reports said she died from multiple bullet wounds to her body.

Lankesh edited the Gauri Lankesh Patrike, which is seen as being "anti-establishment."

There has been a shootout at #GauriLankesh's house this evening; she is no more. Body found in her veranda: M.N. Anucheth, DCP, West

Protest being held outside senior journalist #GauriLankesh's residence in Bengaluru's Rajarajeshwari Nagar; she was shot dead this evening. pic.twitter.com/q8MwyJJkT9

"There has been a shootout at Gauri Lankesh's house this evening; she is no more. Body found in her verandah," MN Anucheth, DCP West, said.

"This is a cowardly act, she is just a writer & journalist, not a terrorist or naxalite," ANI reported her friend Dwarkanath as saying.