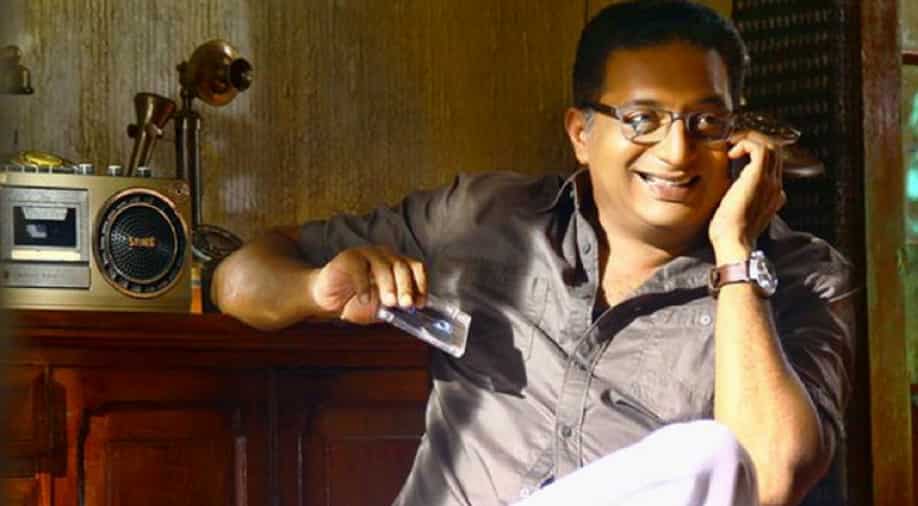 The actor said PM Modi is a bigger actor than him and should be given the award instead.

"The PM is a bigger actor than me, I should give him my award," he said.

He expressed his concern over crowds allegedly celebrating Gauri's murder on social media.

“There is a huge crowd out there enjoying and celebrating it (Gauri Lankesh’s murder) on social media. We all know what their ideology is. Some of those celebrating this ghastly episode are being followed by none other than Mr Narendra Modi himself. This worries me,” Raj said at the 11th state meet of the Left-leaning Democratic Youth Federation of India, Deccan Chronicle reported.

Raj added that his expertise in the acting helps him to figure out when someone is acting.

"I am a renowned actor, do you (Modi) think I will not be able to detect when you are acting. At least show me some respect, considering the fact that I am an actor and I will be able to tell what is the truth and what is acting," he said, according to a report in News Minute.

As some misquoted the actor, claiming he wanted to return the National Award, Raj later clarified on his Twitter handle that he does not intend to return his national awards as the award represents his hard work and achievements.

“I am not a fool to give back my National Awards, which have been given to me for my body of work, and which I’m very proud of,” he said. “But yes, coming to the point, I would like to own up to certain things.”

“We don’t know who has killed them, but we do know who is celebrating,” he said, “and I am pained, I am taken aback by the celebrations of an inhuman killing, and for the very fact that I have vented out my pain and my anguish towards those people who are celebrating, I have been trolled.”

What's said...n what's not said. For all out there .. thank you pic.twitter.com/zIT7rnkFxb

“Some of these people who celebrated her (Gauri’s) murder are followed by our Prime Minister on Twitter. We have a PM who shuts his eyes to this,” he said.

“I am talking to my Prime Minister, and I say your silence is chilling,” he added, “and I have a right to say this.”

He had earlier at the state meet said the chief minister of Uttar Pradesh, Yogi Adityanath, is a better actor than him.

“Gauri’s killers have not been caught yet. But what is more disappointing is people celebrating her murder over social media spreading hatred,” Raj said.

“When you look at the kind of statements he (Adityanath) makes, you don’t understand whether he’s a Chief Minister or a priest. He (Adityanath) is a better actor than me. I think I must give out all my five national awards to him.”

Muneer Katipalla, the state president of DYFI also provided a clarification over Raj's earlier statements, saying, “It was only a satirical comment that Prakash Raj made referring to how Adityanath was trying to act like a Chief Minister.”

In 2015, several filmmakers, including Dibakar Banerjee and Anand Patwardhan, returned their national award to protest against the "growing intolerance in the country".