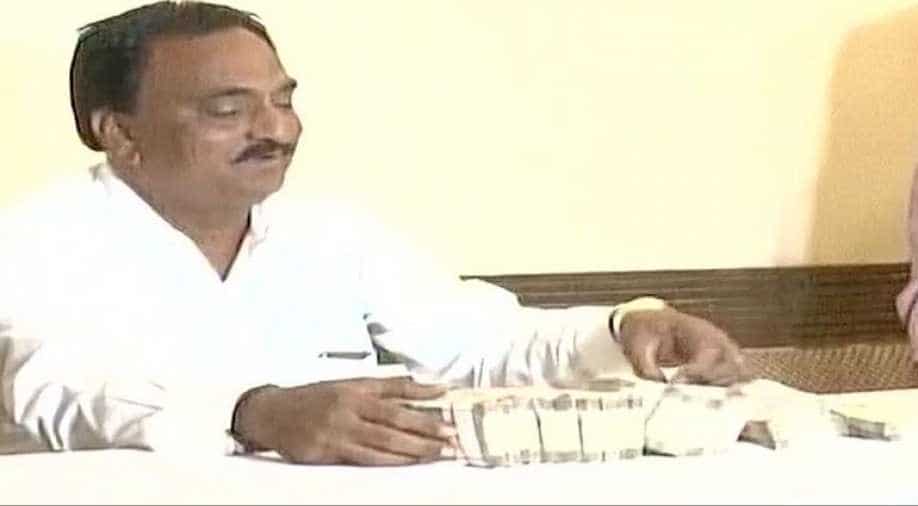 He said that he will return the sum of Rs 10 lakh as it is not earned from hard work, it is the result of corruption. Photograph:( ANI )

Narendra Patel said he was offered Rs 1 crore to join the BJP in Gujarat. He added that he has already received Rs 10 lakh in advance.

I was offered Rs 1 crore to join the Bharatiya Janata Party. I have already been given Rs 10 lakh advance: Narendra Patel, Patidar leader pic.twitter.com/NZUN1NibQp

Patel further said that he does not want the money. He joined the protest for the Patidar community and not for any political ambitions.

He said that he will return the sum of Rs 10 lakh as it is not earned from hard work, it is the result of corruption.

He clarified that Varun Patel took him to a meeting where it was discussed that he will be given Rs 1 crore. He received the amount of Rs 10 lakhs from Varun Patel.

Varun and Reshma Patel joined BHP ahead of the assembly elections in the state. The leaders justified their alliance with the party by saying that BJP has assented to their demands and will assist them in their fight for the Patidars.

Responding to the allegations put by Narendra, Varun said the Patidar community is again coming together with the BJP for their benefits, he also joined the party for the same. Varun blamed the Congress party for creating controversies.

He assured that Hardik Patel will be working with the Congress to defeat BJP.