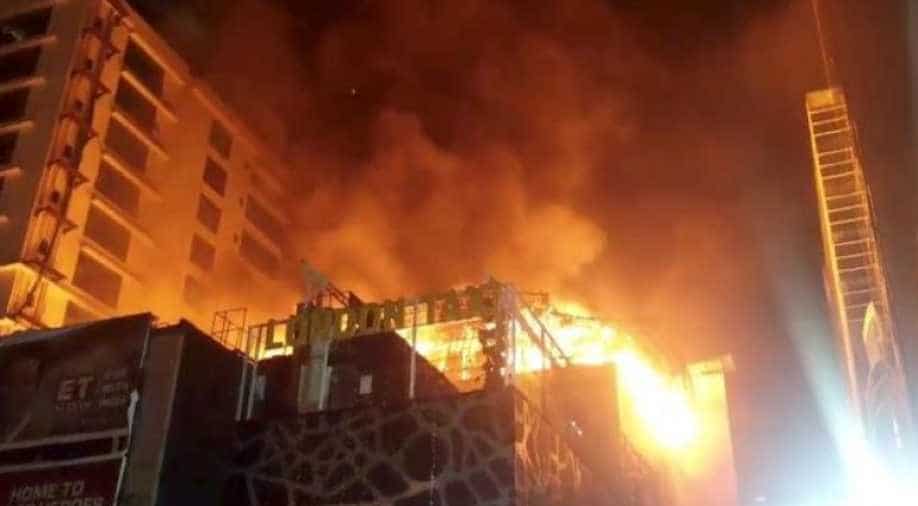 More than 12 fire tenders were rushed to fight the blaze. A rescue operation was launched to pull out the people trapped inside the pub. Photograph:( Reuters )

Five officials of the BrihanMumbai Municipal Corporation (BMC) were suspended after a massive blaze killed 14 people in the Kamala Mills compound in Lower Parel area of Central Mumbai early on Friday. Maharashtra Chief Minister Devendra Fadnavis visited the site to take stock of the situation.

#WATCH #CCTVVisuals of people evacuating, rushing out during the #KamalaMillsFire incident in #Mumbai in the late night hours. pic.twitter.com/YytzcHGtj4

Here is a quick fact sheet on the mishap: