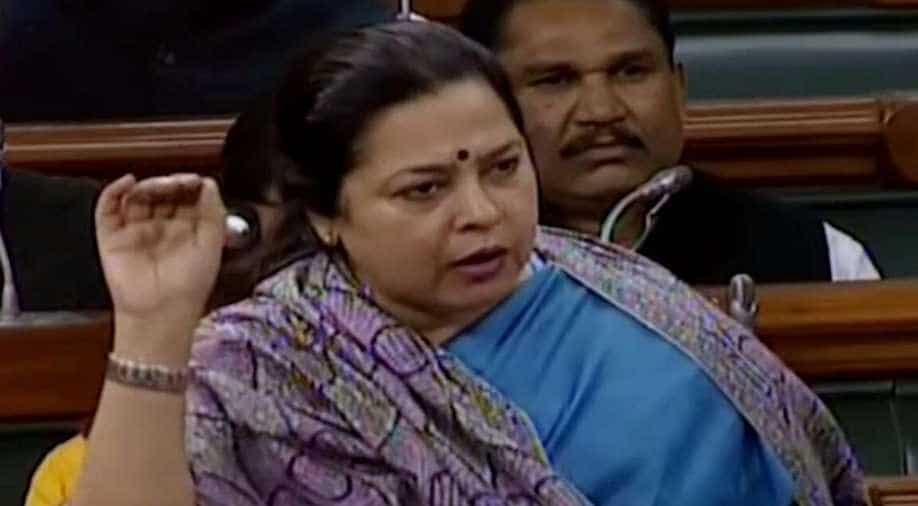 Everyone was present (during the discussion on air pollution)," she said, adding that air pollution issue is related to the economy

At a time when the air quality in the national capital remains in 'very poor' category, BJP leader Meenakshi Lekhi on Friday hit out at the AAP government over the issue of air pollution.

"The reason for the rise in air pollution in Delhi is Particulate Matter (PM). Stubble burning happens two weeks in a year and pollution remains less for the rest of the year," she told ANI.

Lekhi also said that all lawmakers in both Lok Sabha and Rajya Sabha were present during the discussion on air pollution.
"All MPs were present and gave their views. There is a time allotted to every MP to speak.

Everyone was present (during the discussion on air pollution)," she said, adding that air pollution issue is related to the economy.

The air quality in the NCR region, particularly Ghaziabad, took a turn for the worse with the Air Quality Index (AQI) at 414, which falls in the 'severe' category, according to Central Pollution Control Board (CPCB).

Lekhi also chided Chief Minister Arvind Kejriwal for questioning the Bureau of Indian Standards (BIS) over its report on the quality of water.

"If the quality of water was good, then why people have installed RO systems in their homes. This is because the quality of the water is not good at many places in Delhi," Lekhi said.

On November 16, Union Minister Ram Vilas Paswan, while releasing the BIS report, had said that Mumbai's water quality was at the top, whereas the samples from Delhi had failed on 19 parameters. Following this, Kejriwal accused Paswan of "spreading lies" on the quality of Delhi's water.

Hitting back at the Chief Minister, Paswan said on Thursday that the test was conducted by the BIS and not by him and Delhi's water did not meet its standards. (ANI)