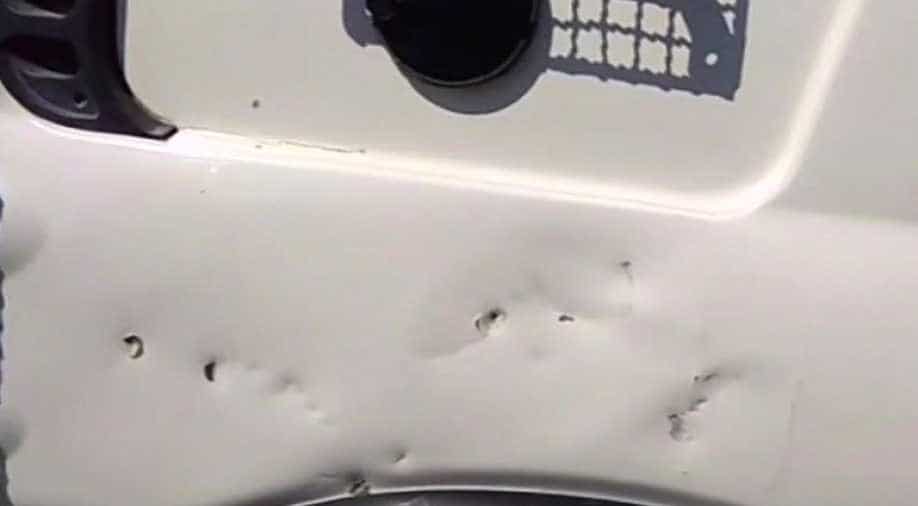 Visual of the SSP's vehicle damaged by bullets. Photograph:( ANI )

Police personnel retaliated by firing at the terrorists forcing them to flee, a police official said

The terrorists fired at the cavalcade of senior superintendent of police (SSP) of Shopian AS Dinkar in Shopian's Harmain area, a police official said.

Police personnel retaliated by firing at the terrorists forcing them to flee, the police official said.

On Thursday, terrorists had tried to snatch the rifle of a constable who is the Personal Security Official of BJP leader Anwar Khan at Balhama in Pulwama district.

The police personnel accompanying Anwar Khan foiled the attempt, during which the PSO, Bilal Ahmad, received a bullet injury.

Two of the terrorists were killed, police said on Friday.