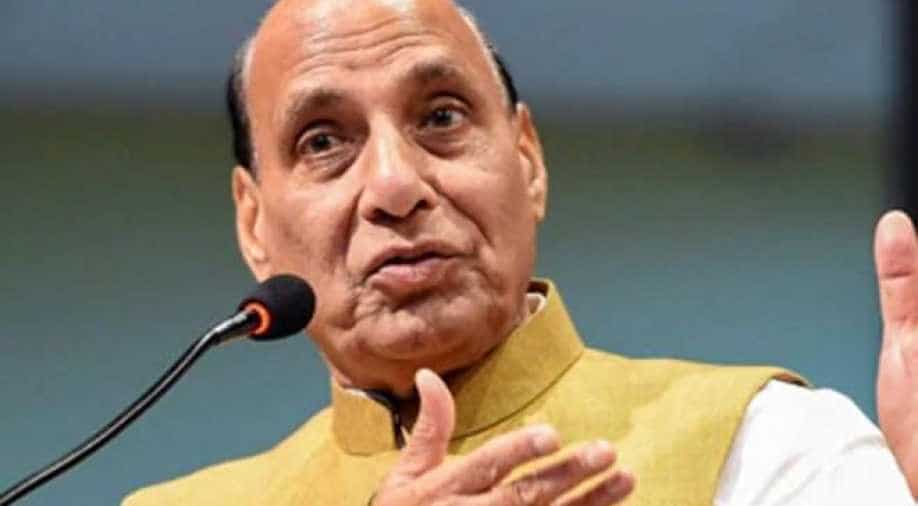 The Defence Ministry will create a panel with representatives from all three services to monitor its budget spending so that it is fully utilised in time, Defence Minister Rajnath Singh said on Friday.

The government's commitment to reducing imports and modernising armed forces with indigenous technology has been given further impetus in this budget, he said in his speech during a post-budget webinar.

Singh said he is sure that the Defence Ministry has noted all the valuable suggestions received and deliberated during the webinar and has also drawn an action plan for time-bound implementation of the budget announcements for atmanirbharta (self-reliance) in defence.

"For promoting industry-led research and development (R&D) efforts, I would sanction at least five projects under Make-I during the financial year 2022-23," he mentioned.

Projects under 'Make-I' category involve government funding of 90 per cent, released in a phased manner and based on the progress of the scheme, as per terms agreed between the Ministry of Defence and the vendor.

Singh said, "We would create a monitoring mechanism under Director General-Acquisition, with representatives from all the three services to monitor the budget earmarked, specifically for private industry and startups, so that it is fully utilised."

He said the Defence Ministry will reform the QA process, so that it is non-intrusive, prevention-based and free from the Inspector-Raj.
"We would come up with the IDEX-Prime to support projects, requiring support beyond Rs 1.5 crore up to Rs 10 crore. This would help our ever-growing startups in the defence sector," Singh mentioned.

"I am sure that the domestic industry is fully capable to absorb this enhanced budget. I assure them that the government will continue its pro industry policy initiatives for promoting Make in India with greater zeal," he stated.