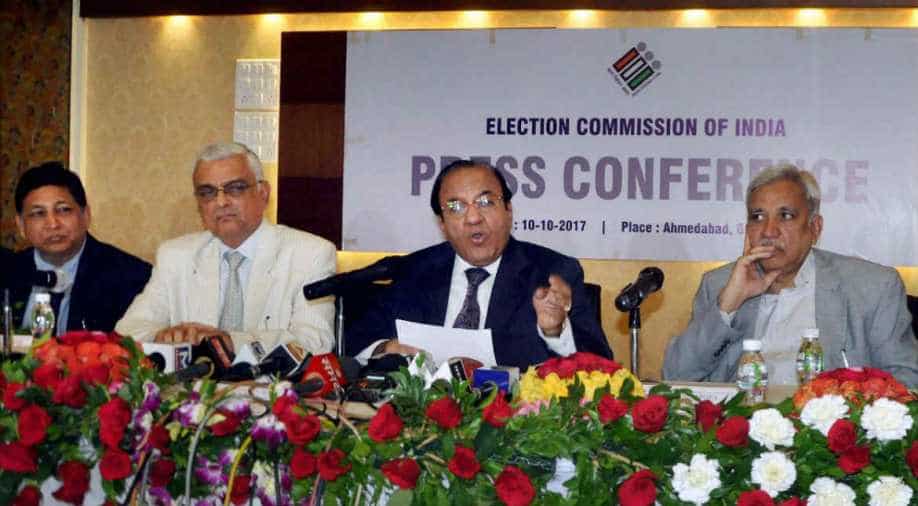 The Election commission today announced the dates for assembly elections in Himachal Pradesh.

Chief Election Commissioner (CEC) A K Joti said that there will be a single-phase election in Himachal Pradesh. The state will go to polls on November 9 and the counting will be held on December 18.

"Model code of conduct for Himachal Pradesh assembly election comes into effect from now itself," the CEC said. "Bulk SMSes & voice messages on phone shall also be in purview of election advertisements," he added.

We will have VVPATs along with EVMs; height of voting compartments will be increased to 30 inches, CEC Joti said.

"The election is mainly against the BJP and we know their strengths and weaknesses," Himachal chief minister Virbhadra Singh said.

"They are relying on Modi. We are self-reliant and focused on development," the chief minister added.

The commission is soon expected to announce the dates for assembly elections in Gujarat. The CEC today said that Gujarat elections will be held before December 18.

Joti had said on Wednesday that voter-verified paper audit trail (VVPAT) system will be used in over 50,000 booths in Gujarat. VVPAT was first used in Goa polls earlier this year.