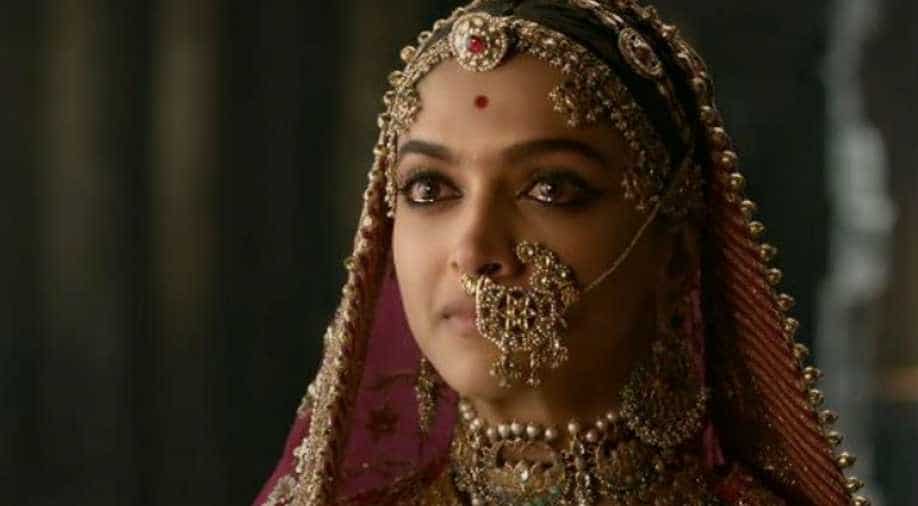 The film 'Padmavat,' renamed version of Padmavati is scheduled to release on January 25 after it was cleared by Central Board of Film Certification in December. Photograph:( Others )

Haryana on Tuesday became the fourth state to announce a ban on the release of Sanjay Leela Bhansali directed "Padmaavat".

Haryana minister Anil Vij confirmed the decision after a meeting with the cabinet.

Earlier, Gujarat, Madhya Pradesh and Rajasthan were the other three states to put up the ban.

CM earlier said we will take decision after censor board passes it. In this meeting, I said it should be banned in #Haryana keeping in view law & order situation in state. Cabinet supported this & we decided it will be banned in Haryana: Anil Vij, Haryana Minister on #Padmaavat pic.twitter.com/GNJZSI0Mvb

However, Haryana Chief Minister Manohar Lal Khattar had earlier said the government will take a decision after watching the movie.

"Padmaavat", which was earlier named as Padmavati, is scheduled to hit theatres on January 25 after it was cleared by Central Board of Film Certification (CBFC) in December.

The board had asked for several modifications, including a change in the title.

Rajasthan, where the protests against the film are loudest, demanded a nationwide ban on the movie.

Starring Deepika Padukone, Ranveer Singh and Shahid Kapoor, "Padmaavat" is based on character Padmavati which was first mentioned in a 16th-century poem Padmaavat by Malik Muhammad Jayasi.