Gauri Lankesh murder case: Accused to be taken to Goa, Belgaum for probe 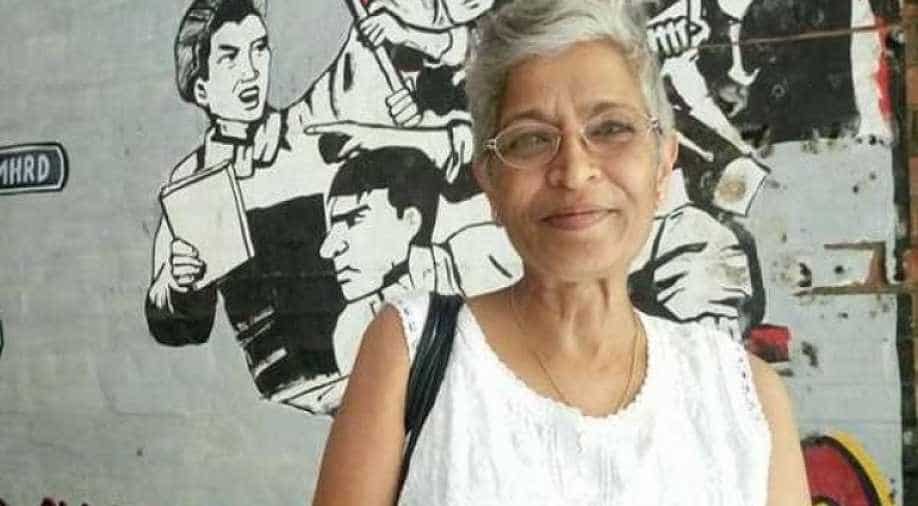 The main accused arrested in connection with the murder of journalist Gauri Lankesh will be taken to Goa and Belgaum for investigation.

The move came after a Bengaluru court on Friday gave the Special Investigation Team (SIT) of Karnataka police five-day additional custody of the accused.

Six months after the murder of Lankesh, Karnataka police arrested alleged gunrunner KT Naveen Kumar, who was taken into police custody on March 2 for interrogation in connection with the case.

Naveen, who is said to be linked with a right-wing radical group, had allegedly gone to these places as a part of the conspiracy to carry out the journalist-activist's murder.

Meanwhile, Kumar's family has maintained that he was innocent and in no way connected to the crime.

The state government, which constituted the SIT headed by Inspector General of Police (Intelligence) BK Singh, had announced Rs 10 lakh reward for anyone giving clues about the perpetrators of the crime.

The killing of the journalist had drawn widespread condemnation and the Siddaramaiah government had come under flak for not making any headway in nabbing the culprits.