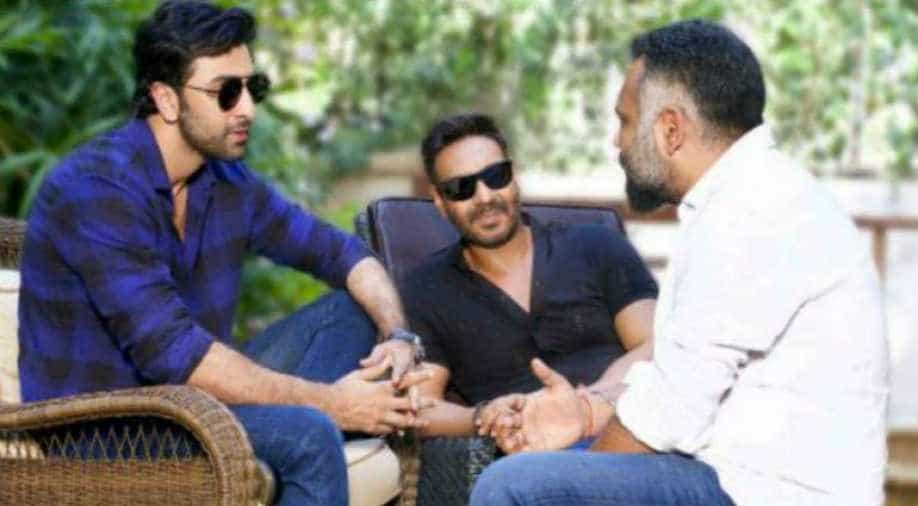 Luv Ranjan's new film will have Ajay Devgn and Ranbir Kapoor working together for the first time. Photograph:(DNA)
Follow Us

After the stupendous success of 'Sonu Ke Titu ki Sweety', director Luv Ranjan will be pairing Ajay Devgn and Tabu, one of the most popular pairs of the '90s, for his new film. News has it that Ranbir Kapoor has also been roped in for the project.

Kapoor, who is gearing up for the release of Raju Hirani's Sanju, has also signed YRF's new film 'Shamshera'. And now sources have stated that Ranbir has given his nod to Luv Ranjan's film.

The project which is slated to release in 2019, will pair Devgn and Kapoor for the first time.  “Ranbir is an impeccable actor with a great ability to deliver nuanced performances. He is undeniably the most talented actor of his generation. I am looking forward to collaborating with him," said Devgn to a news daily.

Expressing his excitement on sharing screen space with Devgn, Ranbir said, "I have immense respect for Ajay sir and I’m excited about sharing the screen with him again. His body of work is inspiring. Luv and I have wanted to work with each other for some time now. I am sure this film will be a perfect start to our association.”

The second female lead of the film has not been finalised yet. The director, though, is happy to be collaborating with the two superstars. "Ajay and Ranbir’s spontaneity and versatility is electrifying and I am elated to be working with not one, but two powerhouse performers in my next film.”

Will Ranjan be able to recreate the same magic of 'Sonu Ke Titu Ki Sweety', with bigger stars? Only time will tell.