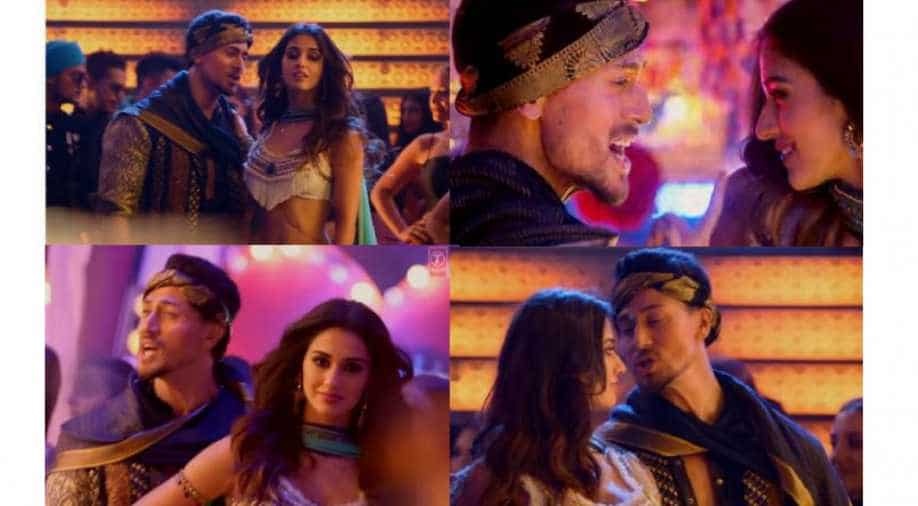 A collage of stills from the song 'Mundiyan' of 'Baaghi 2'. Photograph:( Others )

As the month of March starts from today, Baaghi 2 makers are prepping up to release Tiger Shroff starrer film opposite his rumoured real-life partner Disha Patani.

Releasing the first song of the film titled Mundiyan today, the makers add cheer to the festivities of Holi.

The song is a recreated version of the hit Punjabi track Mundiyan To Bach Ke by Labh Janjua. The recreated version for the film has been sung by Navraj Hans and Palak Muchhal while the lyrics are penned by Ginny Diwan and music is recreated by Sandeep Shirodkar.

In the video of the song released, Tiger Shroff and Disha Patani can be seen belting out some crazy moves while romancing each other on the dance floor. The song has full-on Punjabi vibes, and you can totally add it to your Holi playlist for this year.

Speaking about the song, director Ahmed Khan had earlier said, "Everybody is recreating Punjabi songs and Mundiyan To Bach Ke was the mother of all hits of that time. Since I had to recreate one too, I decided to go ahead with this one as it connects easily with the masses and is a fun number to groove to. All of us had a blast shooting for it."

He added: "Sandeep Shirodkar has remixed the music and Rahul Shetty who had earlier choreographed “Beat Pe Booty” and is now directing a track for Race 3, has given Mundiyan To Back Ke its moves. It’s set at a wedding and I asked him to add some Punjabi tadka to the number which is a mix of Bhangra and Bollywood style."

Also, watch the trailer of the film here.