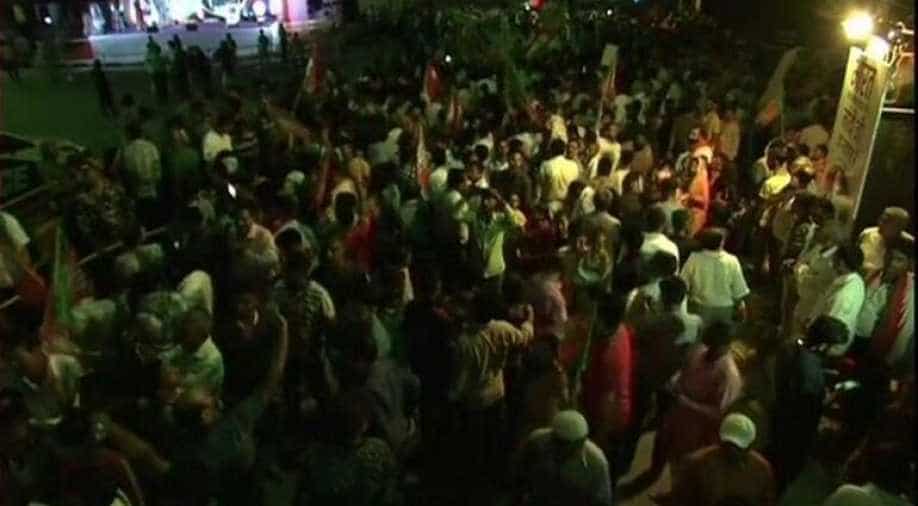 People turned up in large numbers outside Palam Technical Airport to welcome Prime Minister Narendra Modi who is returning after a week-long visit US visit.

People, some of them who came wearing colourful clothes raised slogans "Har Har Modi, Ghar Ghar Modi" as they danced to beats of drums at the cultural programme organised by the BJP Delhi unit at the Palam airport. Delhi BJP president Manoj Tiwari was also present in the event.

"We are here to receive to Modi Ji. We are very excited to see him," Surya Kumar, a BJP worker told ANI.

Holding national flags in their hands, people chanted 'Bharat Mata Ki Jai' and said Modi brought glory to the country. The Prime Minister is scheduled to arrive at 8 PM.

However, some commuters faced inconvenience as the programme led to a massive traffic snarl on the Delhi-Gurgaon road.

"Nine companies of para-military forces have been deployed in the national capital. Anti-terror measures have also been taken. The security arrangements will be in order in coordination with all agencies. Snipers will be deployed on rooftops," MS Randhawa, Deputy Commissioner of Police, Central Delhi said.

Modi on Friday emplaned for New Delhi from New York, after delivering a speech at the 74th session of the United Nations General Assembly.