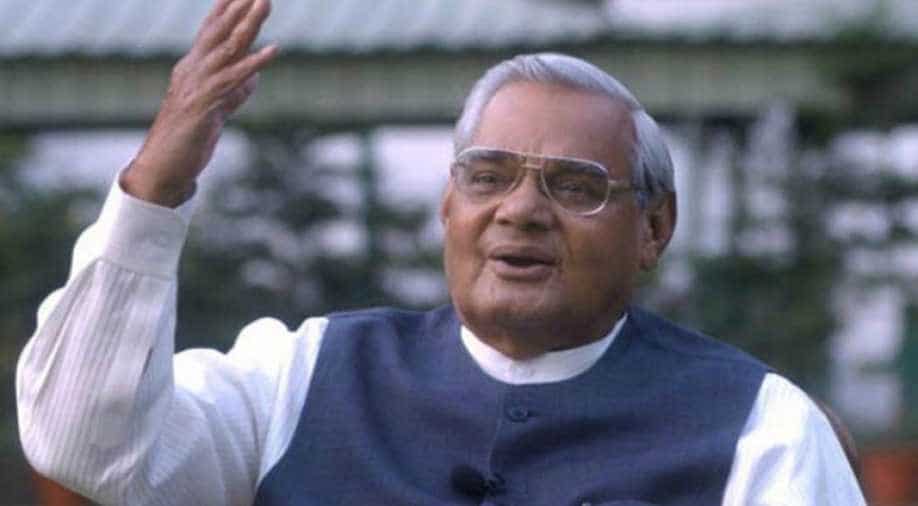 'Former Prime Minister Atal Bihari Vajpayee Ji left an indelible mark in Indian politics with his nationalistic thinking, impeccable image and dedicated his life to the nation,' Shah tweeted out.

Home Minister Amit Shah on Wednesday paid tributes to former prime minister Atal Bihari Vajpayee on his 95th birth anniversary and said that decisions like Pokharan nuclear tests and Kargil War in the late 1990s created a strong image of India in the world.

"Former Prime Minister Atal Bihari Vajpayee Ji left an indelible mark in Indian politics with his nationalistic thinking, impeccable image and dedicated his life to the nation. In the life of Atal Ji, based on ideology and principles, there was no mere fascination of power. Under his leadership, the country saw good governance," Shah tweeted in Hindi.

"Atal Ji, on the one hand, strengthened the party as an efficient organiser, while on the other hand, decisions like Pokharan nuclear tests and Kargil War created a strong image of India in the world. On the occasion of Atal Ji's birth anniversary, heartiest tributes to him," he said in a follow-up tweet.

Born on December 25, 1924, in Madhya Pradesh's Gwalior, Vajpayee was an active member of the Rashtriya Swayamsevak Sangh (RSS). He was among the founding members of the Bharatiya Jana Sangh.

Known for his eloquence, oratory, he was a member of both Lok Sabha and Rajya Sabha, representing Lucknow from the Lower House from 1991 to 2009.

The veteran leader, who led the National Democratic Alliance (NDA) government from 1998-2004, was the first-ever person from the BJP to become the Prime Minister.

During his tenure, India had carried out the Pokhran-II nuclear tests in Rajasthan in 1998 and the Kargil War between India and Pakistan had broken out in 1999.

Apart from politics, Vajpayee was a prominent writer and has penned a number of poems. After resigning as the prime minister in 2004, the BJP stalwart retired from active politics owing to his feeble health.

In 2015, Vajpayee was bestowed with Bharat Ratna, the country's highest civil honour.

The veteran BJP leader passed away on August 16, 2018, at the All India Institute of Medical Science (AIIMS) in Delhi following a prolonged illness. December 25 is celebrated as 'Good Governance Day' in honour of Vajpayee.