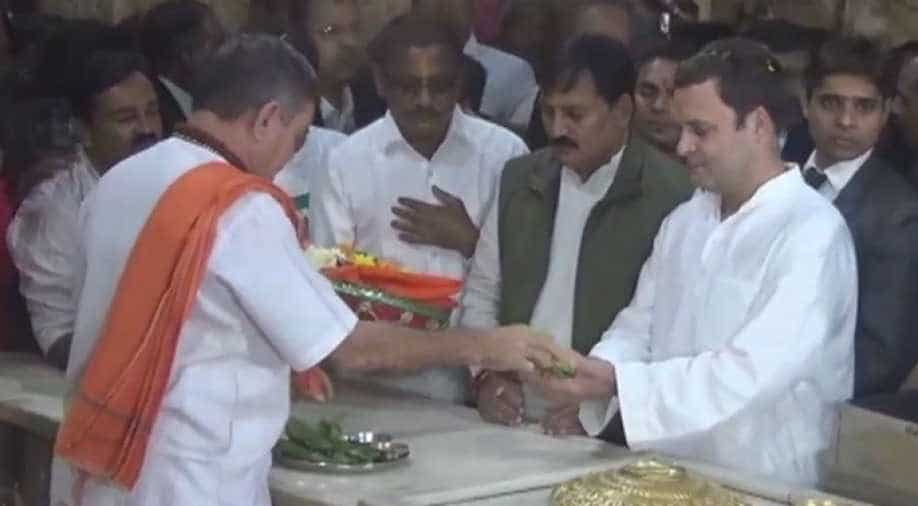 After his Somnath visit, Rahul Gandhi will meet newly-elected MPs to chalk out the future strategy for the Congress in the state.

Congress president Rahul Gandhi arrived in Gujarat today to offer prayers at the Somnath temple in less than a week after his party lost the state elections to the BJP.

The Congress president who had visited Dwarkadhish Temple in September to seek blessings of Lord Krishna after kicking off the Gujarat campaign was seen at Somnath temple offering flowers and praying amid high security around the temple complex.

During the recent Gujarat polls, Rahul had visited at least 25 temples across Gujarat including the Chotila temple, Khodaldham in Kagvad, Jalaram Bapa temple in Virpur and Dasi Jivan temple near Jasdan, among several others.

Rahul had stopped over at  Umiya Mata temple in Unjha during the election campaign in the state which was the epicentre of Patidar campaign. The stopover had provided rich dividends as the Congress candidate Asha Patel ultimately won from area beating five-time BJP MLA Narayanbhai Patel.

After his Somnath visit, Rahul Gandhi will meet newly-elected MPs to chalk out the future strategy for the Congress in the state. The Congress had won 77 seats in the recent polls which was its best performance in decades coming shortly after Rahul was crowned the president of the party.