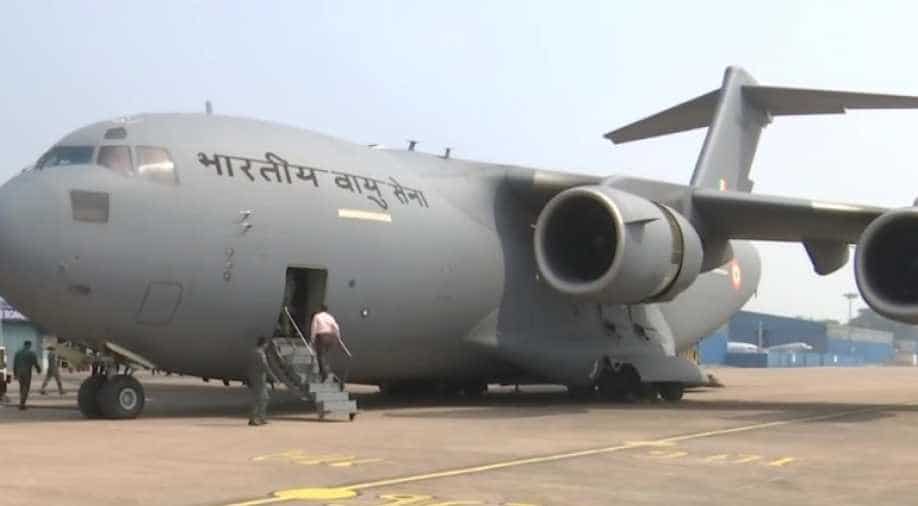 Indian Air Force(IAF) C-17 Globemaster aircraft is on a medical mission to Wuhan in China as the coronavirus continues to spread nationwide.

"We are carrying about 15 tonnes of medical equipment. On our way back, we shall be carrying Indians and citizens of friendly neighbourhood countries," IAF's Group Captain AK Patnaik told ANI.

India has already evacuated over 600 citizens from Wuhan which is the epicentre of the virus. China had reportedly denied permission to the aircraft last week.

On February 17, India had announced that it will send its largest IAF plane to bring back all nationals from Wuhan.

Meanwhile, China on Wednesday reported 52 new coronavirus deaths taking the death toll to 2,715. All the deaths were reported in Hubei province which is the epicentre of the virus. The virus which originated in Wuhan has now spread to various parts of China with 78,000 infected.

The virus has now spread to several countries including in West Asia and Europe.

In South Korea, the death toll from the virus rose to 11 on Wednesday, as the country's total number of infections rose to 1,146.