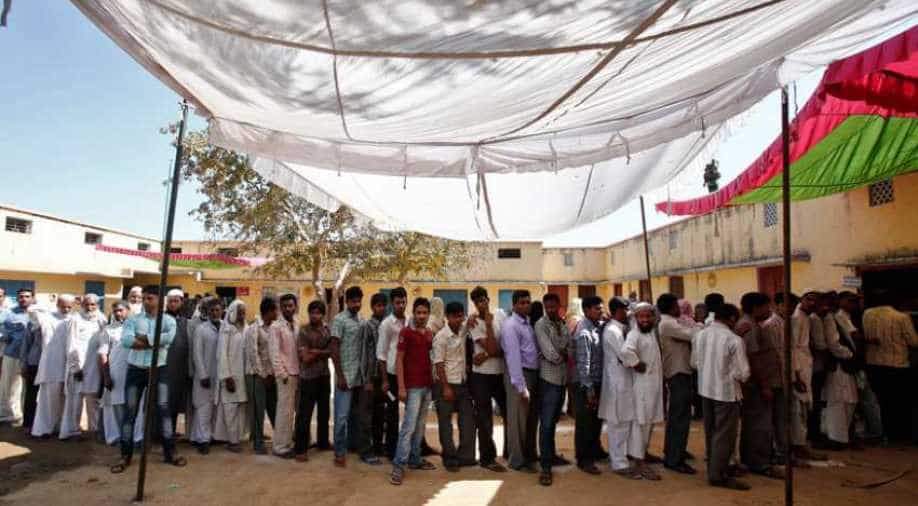 In a setback to the Telangana Rashtra Samithi ahead of the December 7 Telangana Assembly polls, the party's Lok Sabha member, Konda Vishweshwar Reddy quit the party on Tuesday.

He added that the final turnout percentage may rise.

"An average turnout of 71.93 per cent was recorded in 72 constituencies till 6 pm. The polling was completely peaceful and incident-free. The polling time ended at 5 pm but those voters who were still in line were given tokens and allowed to vote," Sahoo said at a press conference after the polling here Tuesday evening.

During polling, 114 ballot units, 89 control units and 359 VVPATs of EVMs were replaced due to technical snag, he said.

Polling personnel for two polling booths each in Gariaband and Balrampur districts were airlifted to their destinations on helicopters, he said.

The time of polling was from 8 am to 5 pm, but in two polling booths - Amamora (booth no 72) and Modh (no 76) in Bindranavgarh constituency (Gariaband district) - voting was held from 7 am to 3 pm due to Naxal threats, the official said.

"In Amamora and Modh booths, voter turnout was 82 per cent and 82.5 per cent respectively. It shows the faith of the people on democracy in hypersensitive areas," Sahoo said.

In Bindranavagarh constituency, villagers boycotted voting in one booth in Parevapali village after their demand for construction of a road under the Pradhan Mantri Gram Sadak Yojna was not fulfilled, he said.

Meanwhile, the Election Commission has removed a presiding officer and a polling staff of different polling booths in Marwahi constituency of Bilaspur district, after receiving complaints against them.

"An inquiry has been ordered against Mandavi and Tiwari and they have been ousted from the polling duty," it said.

Around 1.50 lakh security personnel have been deployed across the state to ensure peaceful polling, he said.

In the second phase of polling, extra vigil is being maintained in districts including Gariaband, Dhamtari, Mahasamund, Kabirdham, Jashpur and Balrampur, which are Naxal-affected areas, the official said.

A total of 19,336 polling booths were set up for the second phase, of which 444 are sensitive booths.

The first phase of polls in 18 seats of eight Naxal-hit districts on November 12 had recorded over 76 per cent voter turnout.