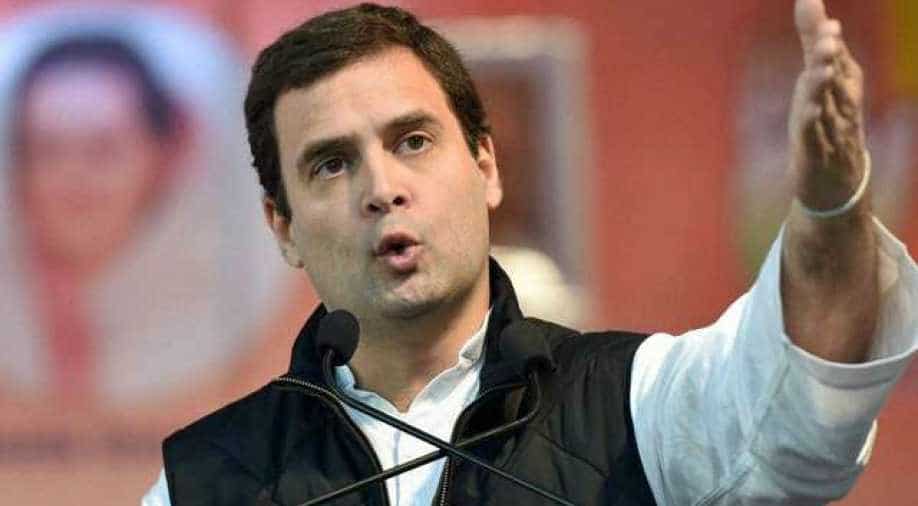 In accordance with the World Bank's 'Ease of Doing Business index', India had risen as much as 30 positions to rank 100th amongst 190 countries on Tuesday.

The Bharatiya Janata Party (BJP) on Thursday said that the statement of Congress vice-president Rahul Gandhi on India's business ranking seemed to be coming from Pakistan.

Rahul on Wednesday said, ''India does not need a certificate from a foreign institution after India became the first ever country to record the highest jump in World's Bank's ease of doing business ranking.''

BJP leader GVL Narsimha Rao said, "When you hear statements of Rahul Gandhi and Congress Party about India doing well in the economy, and making it big into the world economy, the statement appears as if they are coming from Pakistan."

He further said that the Congress vice-president and his party feel pitiable when India is praised all over the world.

"The whole world accepts that India is progressing but Pakistan can never accept the fact that India is doing well, more or less  Rahul Gandhi and Congress Party are in the same position," he added.

During a roadshow in the poll-bound Gujarat on Wednesday, Rahul also mocked Finance Minister Arun Jaitley and said that he is living in an illusion to believe in foreign certification for India's growth.

Rahul further downplayed the World Bank report and said, "India needs a certificate from the people of the country, and the people are saying Narendra Modi and Arun Jaitley have failed."

In accordance with the World Bank's 'Ease of Doing Business index', India had risen as much as 30 positions to rank 100th amongst 190 countries on Tuesday.

As per the 2018 version of the Ease of Doing Business index issued by the World Bank, India has been amongst the world's top ten improvers worldwide and a leading regional reformer.