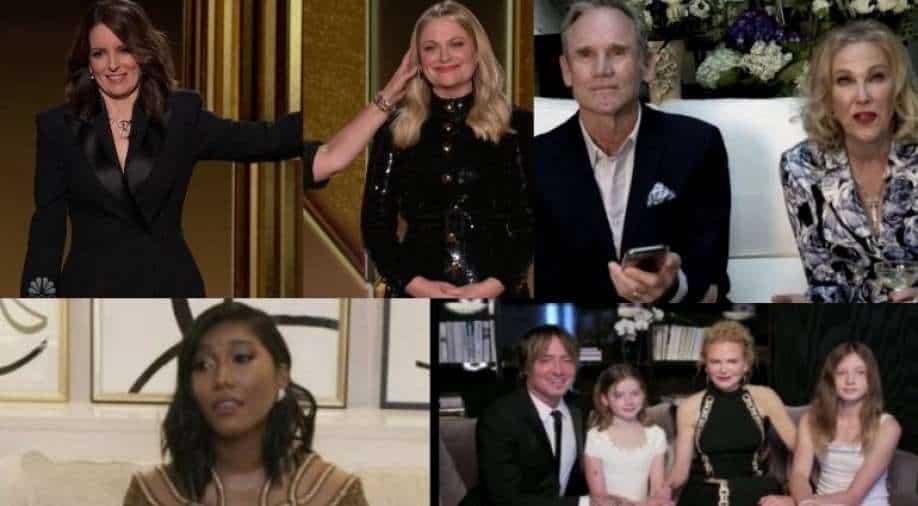 The television audience for Hollywood`s virtual Golden Globes ceremony on Sunday fell sharply from last year`s event, according to preliminary estimates on Monday.

The television audience for Hollywood`s virtual Golden Globes ceremony on Sunday fell sharply from last year`s event, according to preliminary estimates on Monday.

Ratings data reported on Monday by The Hollywood Reporter and Deadline showed that only about 5.4 million Americans watched the three-hour telecast on the NBC network.

The preliminary figures do not reflect viewing on the US West Coast, but they nevertheless reflect a drop of about 60% from early audience estimates for the 2020 show.

NBC has yet to release any figures and did not return a request for comment.

In 2020, 18.3 million Americans, the smallest audience in eight years, watched the Golden Globes ceremony on television, according to final Nielsen data.

Because of the coronavirus pandemic, Sunday`s show, hosted by Tina Fey and Amy Poehler, was a mostly virtual affair with no red carpet and with celebrities taking part via video links from their homes and other locations.

It was also overshadowed by a controversy over the lack of Black members within the Hollywood Foreign Press Association, which decides on the winners. Members of the HFPA appeared briefly on stage and pledged to do better.

Golden Globe 2021: Chadwick Boseman to Chloe Zhao, the big winners of the night

Reviewers slammed the show, which usually takes place as a boozy gala dinner in Beverly Hills and is one of the more popular awards telecasts.

Variety called it "a lazy, clueless ceremony that likely convinced many viewers to change the channel."

Britain`s Daily Telegraph described it as a "shambolic hellscape of Zoom ineptitude" that it said boded ill for the Oscars in April.

In one of the less harsh reviews, Entertainment Weekly said broadcasters "made a valiant (if not always successful) effort to deliver some awards show glamour."