The Harvey Weinstein 40 years Journey: From the studio to the courtroom 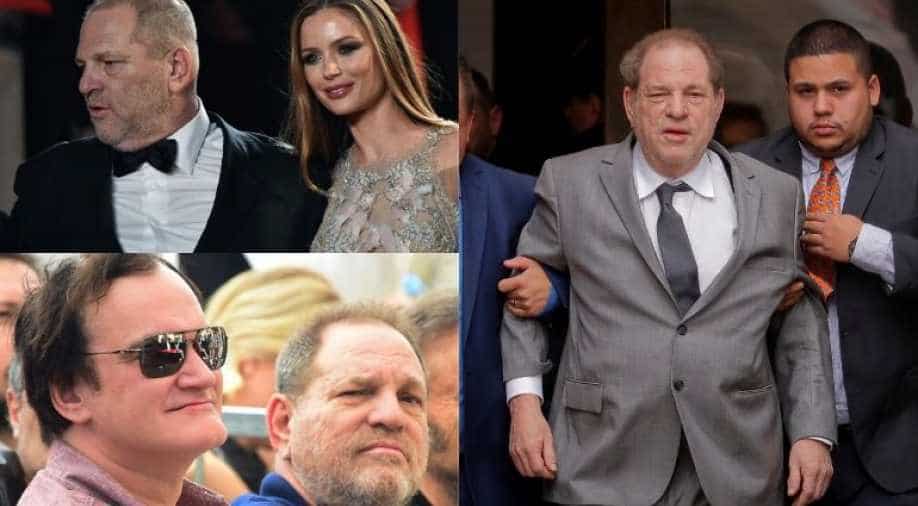 More than 80 women have made allegations of sexual misconduct against him.

Here is a timeline recounting the highs and lows over 40 years in the life of Harvey Weinstein, one of the most powerful Hollywood executives, who faces criminal sexual assault charges at a jury trial in New York state court next week.

Weinstein, 67, has pleaded not guilty to charges he sexually assaulted two women, one in 2006 and another in 2013. More than 80 women have made allegations of sexual misconduct against him. Weinstein has denied having non-consensual sex with anyone.

Juda Engelmayer, a spokesman for Weinstein, said late on Thursday that the two women in the criminal case had long-term relationships with Weinstein. He said it was prejudicial to conflate the criminal matter with allegations in civil cases or with public grievances he said were lodged by women who were not part of any suit.

1979 - Harvey Weinstein and his brother Bob found independent film distribution and production company Miramax, naming it after their parents, Miriam and Max.

1997 - Miramax wins its first Academy Award for best picture with 'The English Patient'.

2004 - Weinstein divorces his first wife Eve Chilton, with whom he has three daughters.

Oct. 5, 2017 - The New York Times reports Weinstein settled with eight women who accused him of unwanted physical contact and sexual harassment over three decades. Weinstein in a statement apologized for causing pain to colleagues and said he was taking a leave of absence and entering therapy. Reuters did not independently verify the details of the New York Times report.

Oct. 6, 2017 - Weinstein takes an indefinite leave of absence from The Weinstein Co. The company later says he is fired.

Oct. 10, 2017 - The New Yorker reports allegations by 13 women who said Weinstein sexually harassed or assaulted them, including three who said he raped them. Weinstein again denies non-consensual sex. Reuters did not independently verify the details of The New Yorker`s accounts.

Oct. 10, 2017 - Chapman, Weinstein's wife, says she is leaving him.
Oct. 14, 2017 - The Academy of Motion Picture Arts and Sciences, the group that selects the Oscar winners, expels Weinstein.

October 2017 - Actress Alyssa Milano fuels the expansion of the #MeToo movement, founded by Tarana Burke, by writing on Twitter: "If you've ever been sexually harassed or assaulted write 'me too' as a reply to this tweet." In the following weeks, #MeToo would be used by millions of women.

Jan. 1, 2018 - Hollywood celebrities launch the Time's Up campaign to fight sexual harassment in the workplace.

May 25, 2018 - Weinstein surrenders to New York police on charges of rape and a criminal sex act involving alleged assaults against two women, in 2004 and 2013.

June 9, 2018 - Weinstein pleads not guilty to new charges of sexually assaulting a third woman in 2006.

Oct. 11, 2018 – Weinstein wins dismissal of the charges over the alleged 2004 assault. Charges involving the other two women remain pending.

Dec. 11, 2019 - Weinstein and his bankrupt studio reach a tentative $25 million settlement with dozens of women who accused him of sexual misconduct. Representatives for Weinstein declined to comment.