Salman Khan confirms not being a part of 'Inshallah', leaves fans upset 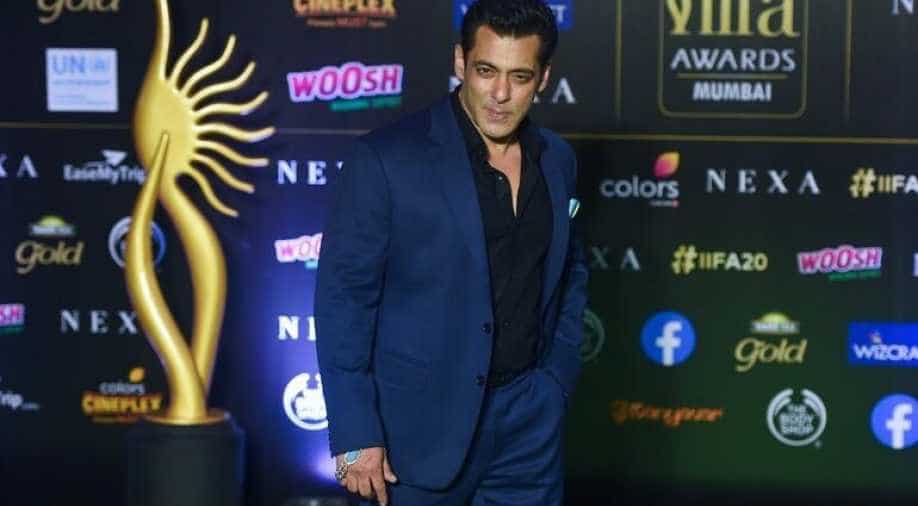 Salman Khan has left his fans upset as the actor has announced that he will not be a part of Sanjay Leela Bhansali's upcoming project 'Inshallah'.

The revelation by Khan was made at the green carpet of the 20th edition of the International Indian Film Academy (IIFA) Awards held in Mumbai.

He was accompanied by his 'Dabangg 3' co-star and daughter of Mahesh Manjrekar, Saiee.

Speaking to reporters at the IIFA 2019, Khan said "Currently, Inshallah is not being made. Inshallah will be made but at least not with me". While introducing Saiee, 'Bajarangi Bhaijan' actor recalled the time when Sonakshi Sinha was also introduced at the gala event, IIFA. "It's so strange that long time back, Sonakshi Sinha was also introduced on the ramp at IIFA and now this is her turn," he said.

To which one of the reporters said that Saiee will also be seen spreading the same kind of magic on the silver screen and while replying back, Salman had a witty answer.

"Inshallah. I am not talking about the film," he said jokingly. Following his witty answer and remark, one of the reporters asked about what went wrong with the filming as people were really excited to watch the star with the ace director after a hiatus of 19 years.

Last month, Khan had tweeted, "The film with Sanjay Leela Bhansali is pushed but I will still see you all on Eid, 2020. Insha-Allah!!".

Khan and Bhansali had first worked together in the filmmaker's debut movie 'Khamoshi: The Musical' (1996). The iconic actor-director duo last worked together on 'Hum Dil De Chuke Sanam' (1999), the film also starred Aishwarya Rai Bachchan and it went on to become one of the biggest blockbusters of that time.

Salman also had a brief cameo in Ranbir Kapoor-starrer 'Saawariya'. The filming of 'Inshallah' starring Alia Bhatt was supposed to begin in September after Salman would have finished shooting for 'Dabangg 3'.