Prince Harry, Meghan Markle's interview is the 'best one' Oprah has ever done: Report 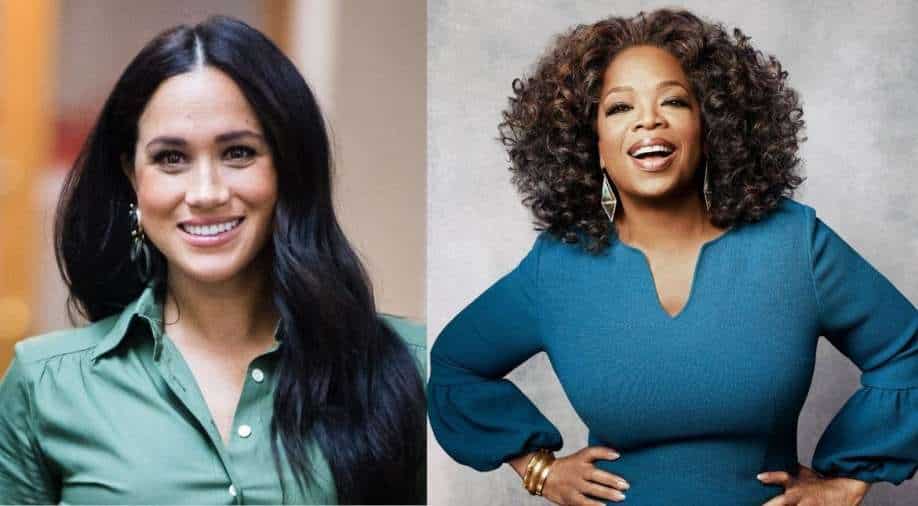 A few days before the interview, Oprah best friend Gayle King revealed the Royal interview is the “best interview she’s ever done”.

After Prince Harry appearance in the Late Late Show with James Corden, everyone is excitingly waiting for the most talked Meghan and Harry interview with Oprah Winfrey.

A few days before the interview, Oprah best friend Gayle King revealed the Royal interview is the “best interview she’s ever done”.

The 66-year-old anchor of “CBS This Morning”  first highlighted portions of Harry’s appearance on James Corden show and took the opportunity to remind Winfrey’s upcoming interview with the couple.

''We want to remind you that Harry and Meghan are talking to Oprah, it’s their first major broadcast interview since giving up their senior royal duties,” King said. “And I’ve heard from reliable sources, this is Oprah talking, that it’s the best interview she’s ever done.

''So I’m curious. I think that’s saying something.'' She also claimed that the interview is "a big deal" as Oprah worked on the interview questions the entire weekend before she met up with the Royal couple. Earlier, Oprah's friend also claimed that Harry and Meghan have said that she is free to ask ''anything she wants" and says "nothing is off-limits."

The 90-minute special will see Oprah question the couple on everything they have gone through over the years, from their marriage, tabloid, megxit and their move to the United States and their future plans and dreams for their expanding family.

As per the reports, Prince William, Kate Middleton are not happy with Prince Harry and Meghan Markle's Oprah interview, read more here.

The interview will air on CBS on Sunday (March 7).